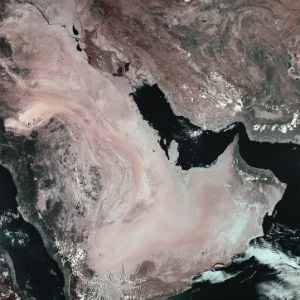 The Arab spring had both positive and negative consequences for various regional economies such as slowing remittance flow, hiking oil prices and disrupting local stock markets, according to a new study.

The Economic Impact of Uprisings on the MENA Region, commissioned by Western Union, shows how the GCC’s economy and investments in other MENA countries were affected.

In 2011 remittance flows to countries in the MEA region grew by 2.6 per cent, the slowest among all developing regions due to the uncertainties and civil unrest triggered by the Arab Spring.

Jean Claude Farah, senior vice president at Western Union, MEA, said: “Despite the uprisings, the Middle East and Africa region is still witnessing moderate economic growth. The evolution and changes in the political and economic structures of various countries have given rise to certain opportunities.

“Last year, economic prospects in the entire MEA region have nevertheless improved, with the resumption of capital inflows, rising crude oil prices and the resurgence in domestic consumption.

“The GCC countries have been preferred destinations for recent migrants and we have started to witness an increase in Arab migrants from countries like Yemen and Egypt. The GCC countries sailed through the period of regional unrest nearly unscathed while also experiencing robust economic activity.”

Regional economies that may not have experienced social and political unrest did not escape the negative effects of the Arab spring.

The Gulf’s local stock markets were also slightly affected, as were their direct and indirect investments in MENA countries that experienced revolutions.

However, the rise in oil prices, notably after decreased oil production in Libya, positively impacted the GCC countries.