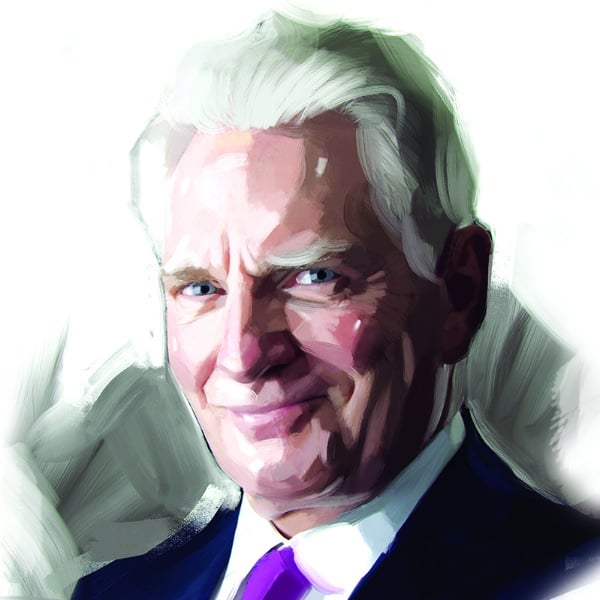 Gold prices had been on the decline since rallying strongly after the financial crisis and peaking above the $1,800-mark in 2012. But after touching a seven-year low in early January 2016, gold has been looking up, with the bullion surging by 20 per cent and more this year.

Markets, including gold, have been volatile over the past year with investors reacting to a multiple risks. These have included expectations of United States Federal Reserve rate hikes, a slowdown in growth in emerging markets (the China growth and rebalancing effect), a weaker dollar, monetary stimulus for Europe and Japan, the Brexit conundrum and geopolitical factors including uncertainty about the outcome of US presidential elections (the Trump factor).

The fascination with gold throughout human history has much to do with its near-unique physical properties. It is durable and storable, so is used as a store of value. It is shiny and malleable and hence used in jewellery. It is conductive and hence used in high-end electronics. It is resistant to oxidation, unlike silver, and is relatively scarce.

Combined, these qualities have made it attractive as a store of value and medium of exchange through history. Indeed, until August 1971 when then President Nixon ended the international convertibility of the US dollar into gold, the international monetary system had been tied to gold. After that, fiat currencies – paper money – became the norm. But despite the breakdown of the Bretton Woods system (a monetary policy that tied currencies to gold), gold remains the main asset of central banks’ reserves, accounting for 75 per cent of US and 57 per cent of Euro area international reserves.

And despite widespread scepticism, many individuals view gold as a store of value – especially as an insurance policy against political upheavals – which provides protection when other asset prices are plunging. This gives rise to the ‘precautionary demand’ for gold bullion by central banks, fund managers and individual investors, as opposed to ‘use demand’ by various industries.

Because gold offers no yield, the lower the actual or expected returns offered by alternative investments such as bonds, the more attractive it looks.

As with all assets and commodities, price fluctuations result from the interaction of the forces of demand and supply. Gold demand recorded a 21 per cent increase year-on-year to 1,290 tonnes in the first quarter of 2016, making it the second largest quarter on record.

The increase was driven by huge inflows into exchange-traded funds – 364 tonnes (over 300 per cent year-on-year) – fuelled by concerns about the shifting global economic and financial landscape. This followed three quarters of uninterrupted outflows that led to a sharp decline in gold prices.

Gold-related exchange-traded funds are investment vehicles that account for about a tenth of global gold demand and are more convenient and less costly than holding physical gold.

Buying by central banks in the developing world surged in the last quarter of 2015 and remained strong with buyers purchasing 109 tonnes in the first quarter of 2016. Indeed, over the long-term, the shift in the world’s economic geography and growing wealth of emerging economies implies a structural change in demand patterns. If prominent emerging markets like China and India increase their gold holdings to the average per capita or per gross domestic product holdings of developed countries, the real price of gold may rise even further from today’s elevated levels.

Indians and the Chinese are the world’s biggest consumers of gold, buying almost 1,000 tonnes a year and together accounting for almost half of global demand for the metal. Retail buying in these two biggest markets starts with the Hindu Diwali festival in late autumn and ends with the Chinese New Year. On an annual basis, world consumption of newly gold produced is about 50 per cent in jewellery, 40 per cent in financial investments, and 10 per cent in industry.

Gold demand is much more volatile than supply, which can be newly mined or recycled gold. Total supply increased 5 per cent to 1,135 tonnes in Q1 2016 but the price of mining gold fell in recent years due to lower energy costs and higher productivity. All-in costs of producing an ounce of gold (excluding exploration and future projects) have fallen some 34 per cent since 2012, with the biggest producers increasing the amount of gold in each metric tonne of ore by about a third last year. Not surprisingly, Bloomberg’s index of 14 major bullion miners doubled this year after plunging 76 per cent in the previous five years.

Does it make sense to invest in gold?

Beyond the short-term, three facts emerge clearly from historical experience. Gold prices tend to spike in conjunction with high-inflation episodes, in times of severe economic downturns and recessions threatening to trigger deflation in times of political and financial crises.

For investors, gold represents a hedge, a financial safe haven during periods of high and volatile inflation and when the probability of extreme events is perceived to be unusually high.

So why would investors want to hold any gold? The answer is that returns on gold tend to be negatively correlated with returns on other assets such as stocks, bonds and treasury bills. In addition the empirical evidence is that the correlations of gold’s real rate of price change with consumption and gross domestic product growth rates are negligible: gold can act as a hedge against real shocks. The implication is that gold can be useful in diversifying risk in a portfolio of assets. Gold investment acts as a hedge against current and expected future inflation and in periods of uncertainty, wars and market volatility.

For investors, gold tends to have value mostly during times of great uncertainty – it keeps its value in relative terms as currencies have depreciated and bourses remain stagnant. And unlike other commodities such as oil, the price of gold tends to be counter-cyclical, rising in response to negative stock market shocks.

Gold is seen as a safe-haven during bad times. In their paper The Effects of Economic News on Commodity Prices: Is Gold Just Another Commodity, Shaun K. Roache and Marco Rossi write: “Gold prices react to specific scheduled economic announcements in the United States and the euro area (such as indicators of activity or interest rate decisions) in a manner consistent with its traditional role as a safe-haven and store-of value.”

When markets are volatile, and investors are feeling fearful – risk-averse in investment parlance – gold tends to outperform other assets.

Short and medium-term holders can take advantage of the lack of correlation of gold to other assets to achieve better returns during times of turmoil. Long-term holders can manage risk through an allocation to gold, without necessarily sacrificing returns. For central banks that hold and accumulate gold as part of their reserves, returns maximisation is not a priority as much as liquidity and safety of assets considerations. But, generally a portfolio with gold has better risk-return outcomes than one without.

The bottom line is that be it an individual investor or a central bank, the argument is in favour of holding a diversified international portfolio. A portfolio with gold in the mix would marginally improve the long-term risk adjusted returns and help portfolio returns during periods of high inflation, negative real interest rates, war and declining mining supply.

What next? Fed tightening will put gold under pressure. Higher interest rates increase the opportunity cost of holding zero-yield assets, meaning the money tied up in bullion could be earning a return if invested in bonds, stocks or other assets.

However, other risks may favour gold. Financial crisis legacy issues in advanced economies remain: banks face profitability challenges and weakness in the insurance sector are contributing to increasing systemic risk. Emerging market economies are facing headwinds of slower growth, weaker commodity prices and tighter credit conditions amid more volatile portfolio flows. In times of slower growth and higher uncertainty, investors may also fear future inflation from monetisation of government debt and the large increase in the monetary base in major countries as a result of massive quantitative easing policies.