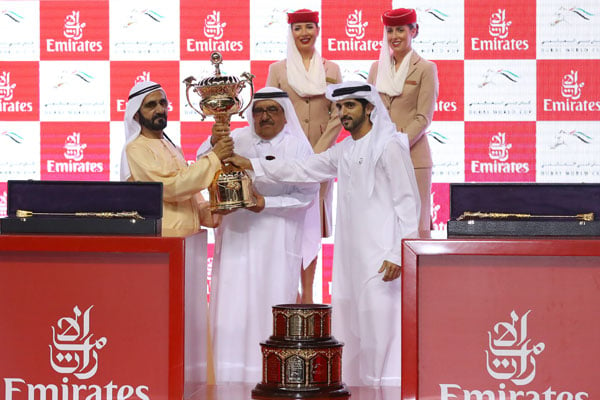 Thunder Snow was trained by Saeed bin Suroor and ridden by Christophe Soumillon.

Nine races were held as part of the 24th edition of the event yesterday, with total prize money $35m.

Of that, $12m was set aside for the main race in which Thunder Snow claimed victory, with the runner up being Salem bin Ghadayer’s Gronkowski.

“The source of my happiness is not the precious cup, or the cash prize, but seeing the happiness of the UAE people, the owners, trainers, jockeys and the fans who keep waiting for this special event year after year,” said HH Sheikh Mohammed. There were reportedly 72,000 people who attended the race.

He added, “I love equestrian sports because every day there is something new in this industry. The passion for equestrian and horses runs in my blood and it is part of our Emirati and Arab heritage.”