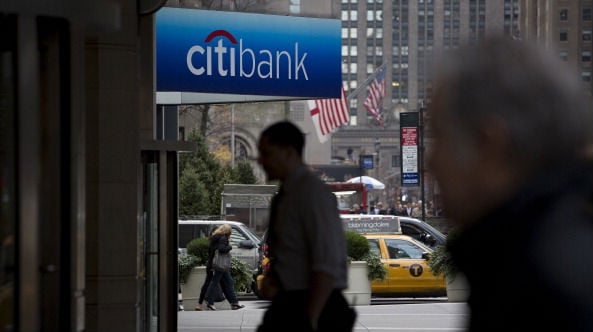 When US banking giant Citigroup Inc moved one of its top bankers, Alberto Verme, to Dubai in 2008, it was a sign of international banks’ ambitions to tap economic growth in the oil-rich region.

By bringing in Verme, who at the time was co-head of Citigroup’s worldwide investment banking operation, the bank became the first among its peers to station the global chief of a major business in the Middle East.

Four years later, the picture has changed dramatically. Verme is back in London as chairman of the bank’s Europe, Middle East and Africa business.

And like most of its peers, Citigroup has cut jobs in the region as part of a global plan to reduce costs this year. The bank still has a sizeable presence in the Middle East, but on a smaller scale than in the boom years.

The year 2012 was transformational for global banks in the Middle East.

Faced with a sharp slump in regional deal activity and pressure to save money, they reassessed their business models in a region that was once expected to become a key market for them, because of its oil and its sovereign wealth funds.

Fee income from the Middle East began dropping a long time ago; it was hit by the onset of the global financial crisis in 2007-08 and then by Dubai’s own property market crash in 2009.

But in the past, big foreign banks were willing to tolerate anemic revenues from the Middle East in the hope that business would eventually improve. In effect they used money earned in top centres such as New York and London to finance operations in the Middle East, viewing this as a long-term investment.

In 2012, however, the pressures of weak business and tightening regulation in their home markets became so great that foreign banks reconsidered this model. They became reluctant to continue funding their presence in the Middle East merely on the premise that it was a future growth market.

“Without a doubt, the landscape of global banking in the Middle East has undergone a drastic change in 2012,” Simon Penney, Royal Bank of Scotland’s chief executive for the Middle East and Africa, told Reuters.

“The industry has shrunk at a rapid pace and as European and US revenues dry up, there is no appetite in bigger centres to subsidise business here.
“In some respects, most of the banks were never really profitable in the region. Even in the boom period, the business was getting funded from outside to a large extent.”

Middle Eastern investment banking fees totalled $402 million during the first nine months of 2012, according to Thomson Reuters data. That was a 23 per cent increase from the year-earlier period but still far below the boom years of 2005-07, when fees averaged above a billion dollars annually.

Last year’s fee increase was aided by a surge in debt issuance and bond arrangement activity from the region. Income from traditional investment banking business, such as mergers and acquisitions, fell 14 per cent to $103 million.

Except for a few rights issues and a string of initial public offers of shares in Saudi Arabia – business which was dominated by local banks rather than international ones – equity markets largely stayed shut in the region during 2012, as they have done since the global crisis erupted.

Global banks have reacted to the slump in different ways. For many, job cuts, the relocation of employees and even the sale of operations have been preferred strategies.

“The perennial question for global banks has been to find the optimum operating model here. I have seen teams quadruple in size and go back to square one during my five to six years here,” a senior banker in Dubai said, speaking on condition of anonymity because of the sensitivity of the issue.

Credit Suisse moved some of its investment bankers from Dubai to Doha, closer to its major client and key shareholder Qatar Investment Authority (QIA).

Even as they scale back ties with some customers in the Middle East, banks are likely to do what it takes to protect their business with sovereign wealth funds such as QIA.

“The Gulf’s sovereign wealth funds are especially attractive to financial institutions,” partly because they can be a source of capital for them, said Talal Al Zain, chief executive Officer of PineBridge Investments Middle East.

Although financial markets in the Gulf have proved disappointing in the past few years, the region’s economies are still growing rapidly on the back of high oil prices. So many foreign banks, while cutting investment banking arms, have been beefing up their private banking and wealth management operations in the hope of luring rich Gulf clients.

“As investment banks continue to deleverage and operate with as little risk-weighted assets as possible, the business model is shifting back to advisory, wealth management and intermediary services,” said Ziad Makkawi, a veteran regional banker and entrepreneur who set up Dubai-based private equity firm Blue Gate Capital Partners last year.

European banks have been the most eager to retrench, because of the Eurozone debt crisis. A few banks from other countries are viewing their pull-back as a chance to grab market share.

J.P. Morgan Chase is one example. The U.S. bank made some senior hires in the region last year while winning mergers and acquisitions business in places including Qatar. It was the sole global lender present in a $2.4 billion Islamic loan facility raised last month by Saudi Arabian Mining Co (Maaden) from a group of nearly a dozen banks.

Local banks, although they are not nearly as big as the top international lenders, are also stepping in to fill the gap.

“We are seeing local banks capturing market share at an increasing pace. They are expanding regionally, bolstering their distribution capabilities when it comes to arranging debt issues and putting in more balance sheet,” says RBS’ Penney.

The share of syndicated loans in the Gulf handled by Middle Eastern banks has been rising in the last few years and may have exceeded 50 per cent last year, bankers estimate. Many expect it to continue climbing.