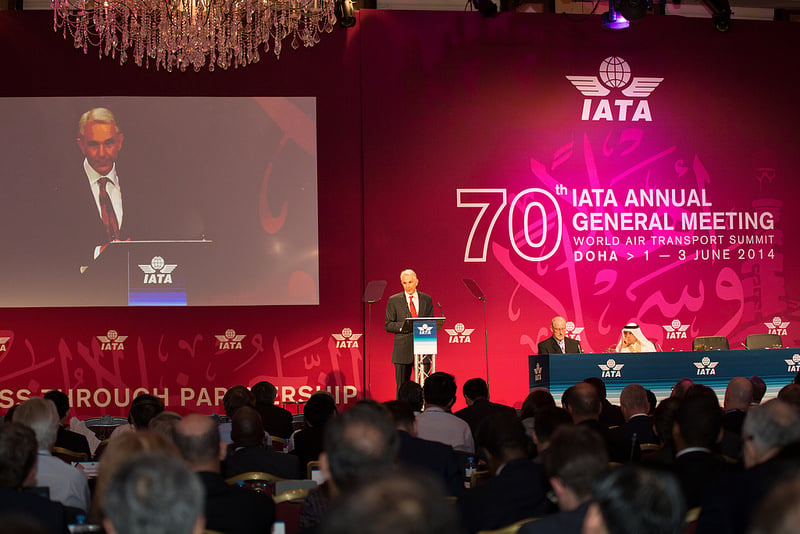 Qatar sealed its position at the centre of a new aviation map last week as host to the annual meeting of the global airline industry’s International Air Transport Association (IATA), but the Gulf country and its neighbours drew criticism from rivals about trade and investment policies.

Senior representatives of over 200 airlines attended the IATA meeting in Doha, making Qatar the first Gulf country to host the summit, which was attended by its fiercest critics.

“I hope people understand that although we are a small country, we are a very relevant country in this region,” said Qatar Airways’ chief executive Akbar Al Baker.

But a trio of major Gulf carriers fell short of winning the hearts and minds of U.S. and European carriers, who continue to see them as a threat and question their growth model.

Western airlines rekindled complaints about a lack of transparency among Gulf carriers at the event, on the back of recent reports that fast-growing Etihad Airways, which has bought stakes in Air Berlin and Aer Lingus among other carriers, had access to an interest-free $3 billion loan from Abu Dhabi’s ruling family.

Etihad’s chief executive James Hogan and the heads of its neighbouring competitors, Dubai-based Emirates and Qatar Airways, declined to comment.

But European rivals who feel threatened by the new competition were openly critical on the sidelines of the June 1-3 meeting.

“We all read in the papers where the money came from, so I would consider Etihad to be in the ownership of the state, and therefore it’s state money we see flowing here,” Lufthansa’s chief executive, Carsten Spohr, said when asked about the reports.

Meanwhile Etihad is in talks to acquire as much as a 49 per cent stake in lossmaking Italian national airline Alitalia, which would further expand its reach into Europe.

But Gulf airlines have already transformed the aviation industry over the last decade. Through new expansion strategies and state-backed infrastructure spending, they have reorganised the world’s route network and created new connections.

In doing so Qatar Airways, Emirates and Etihad Airways, along with other regional low budget carriers have drawn passengers away from traditional hubs in Europe and Asia to the Middle East.

Qatar’s new $15-billion airport facility served as a showcase for CEOs jetting into Doha for this week’s meeting, while neighbouring Dubai’s international airport is predicted to overtake London Heathrow as the world’s busiest airport for international traffic.

And while other IATA members are fighting to repel incursions by Gulf carriers into their markets Emirates’ president, Tim Clark, rejected allegations of unfair competition.

“My response has always been ‘put up or shut up’ and as far as Emirates is concerned … (we say) you must have evidence and support what you are saying,” Clark told reporters.

“Do not make statements if you can’t support them and if they are commercially damaging,” he said of carriers that have accused the airline of getting unfair aid.

Aviation is just one battleground in an ongoing competition between the West and the Middle Eastern countries for economic clout as the balance of economic power shifts eastwards.

Qatar expects to bring millions of tourists to the tiny country, and the region, when it hosts the World Cup soccer tournament in 2022.

But new allegations of improper payments surrounding the choice of venue by FIFA, the sport’s governing body, reverberated outside the IATA meeting and media reports have said conditions for some migrant workers building the stadiums for the event are extremely poor.

The Gulf country has denied all allegations and the region’s airlines have defended their own labour practices.

But Qatari government representatives as well as aviation officials declined to speak about these controversies at the IATA conference, which focused on other issues including the need for airlines to track all their aircraft after the loss of Malaysian Airline’s flight MH370.