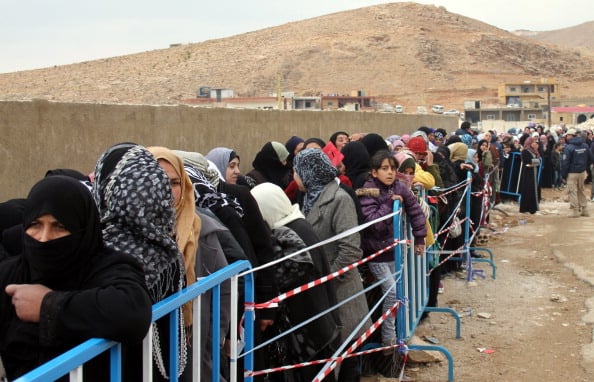 Germany’s foreign minister called on Saudi Arabia and other Gulf countries on Monday to do more for hundreds of thousands of people fleeing war and violence in the Middle East.

“Of course we want the whole region here in the Arabian Gulf to take part in providing humanitarian aid to refugees,” Frank-Walter Steinmeier said following talks with Saudi King Salman in Riyadh.

Steinmeier, who is on a four day trip to the region, said this also applied to taking in refugees. Rich Gulf states have faced criticism for their reluctance to host Syrian refugees.

Gulf states say they have in fact taken in hundreds of thousands of Syrians since the civil war there began in 2011, including half a million in Saudi Arabia and 100,000 in the United Arab Emirates — just not as refugees.