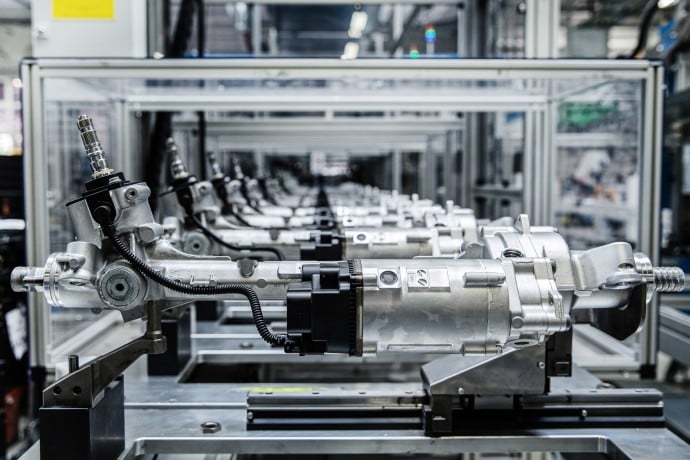 German multinational Robert Bosch is planning to officially begin operations in Saudi Arabia before the end of the summer as its Middle East sales recover from a 2016 slump.

Speaking to Gulf Business, vice president and general manager of Robert Bosch Middle East, Volker Bischoff, said the company was expecting improving sales in its 14 Middle East markets in fiscal 2017 after a slump in growth last year linked to political instability and the low oil price.

In its 2016 financial results, Bosch reported Dhs1.8bn ($490m) in consolidated sales across the region, a slight increase on the previous year, with the company’s security and power tools business particularly affected as projects and construction slowed down.

“Some of the countries have been affected by political turmoil, which of course negatively affects the business, but that was actually nothing new. In addition in 2016 we had the impact of the low oil price from which by which a lot of companies and enterprises were affected,” Bischoff said.

“Of course here we do depend on projects being underway and getting ready and in 2016 a lot of projects actually were postponed and put on hold.”

Bischoff said the company had seen a positive start to 2017 and was aiming for a return to the “double digit” growth in the region it had seen since opening an office in Dubai in 2008.

The company is also taking encouragement from regional diversification plans like Saudi Arabia’s Vision 2030 and will officially begin operations in the kingdom in the coming months.

“We are in the full process so our legal setup. Actually we got the licence for it and there are a couple of formalities still to be looked after so its really looking good and so before the end of summer we should be up and running,” he said.

Bosch already has an office in the kingdom for business development activities related to its security products including CCTV cameras but with the full licence will seek to add associates for other sectors including the automotive aftermarket, power tools, drive and control hydraulics and software solutions.

“We will be expanding the headcount there and I believe this is something really good. We need to do that to be closer to partners and develop.”

In February 2016, the company also opened its first office in Pakistan and it recently launched a new 7,200 square metre warehouse in Dubai Investment Park for its power tools division. These added to its existing local presence in the UAE, Lebanon and Qatar.

The firm’s regional operations mean it is among the companies affected by the decision this week by Saudi Arabia, the UAE, Bahrain, Egypt and other Arab states to close diplomatic links and land, air and sea links with Qatar.

Bischoff said it was still too early to determine the impact of the measure but he said he hoped for a short-term solution to the feud.

“Should it take longer then we would have to see other solutions for how to service this market for Bosch,” he said.

Beyond the GCC, he said the company could also look to establish an office in Iraq in the coming years after scrapping previous plans in 2013 when the security situation deteriorated.

However, he added that there were no immediate plans to establish manufacturing or research and development operations in the region, which makes up only a small percentage of Bosch’s EUR73.1bn ($82.4bn) of revenue last year

“Say if there is a sound base, call it a critical mass for instance, then of course we will be looking at that,” he added.