Why the GCC's future could lie in greater union - Gulf Business 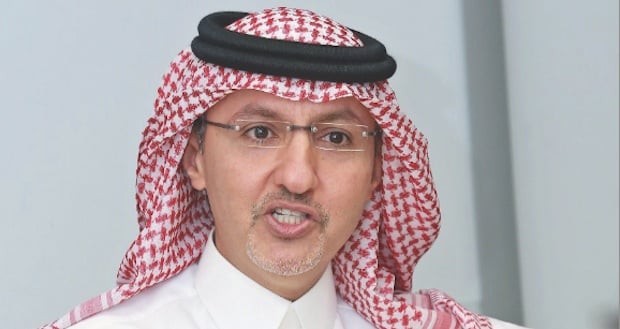 The changes being brought about by oil price volatility are becoming increasingly in-depth and long-lasting, and according to EY Middle East and North Africa chairman and chief executive officer Abdulaziz Al Sowailim a major benefit of that has been a greater focus on efficiency across the GCC.

“It has made policymakers conscious about scale,” says the professional services boss.

“In today’s challenging market conditions, both governments and businesses know they have to change the way they run their operations – looking for opportunities to prioritise costs and enhance revenues.

“The real difficulty is finding the optimal balance that positions them not just to survive but to compete for growth now and in the longer term.”

The primary areas of this growth have been identified by Gulf governments as education, healthcare and housing – more specifically, ensuring nationals receive acceptable levels of each of them, says Al Sowailim.

“Let’s look at the healthcare sector,” he begins.

“The GCC has fewer than two hospital beds per 1,000 people. In the past, the vast majority of healthcare was delivered by the public sector. However, the old model has been strained by two factors; the cost of treatment for nationals and rising and rapid growth in the expatriate population. Both have put pressure on medical facilities.

“Gulf countries are responding to this by moving to a market-based model. In line with this model the private sector delivers many healthcare services and pays for them through mandatory insurance schemes, which have been introduced in most GCC states.

“Simultaneously, Gulf governments are developing primary care systems to ensure that chronic diseases can be prevented and treated outside of hospitals.”

He adds that demand for housing has also increased, as a result of the high birth rate in the region leading to a youth bulge.

“The population has urbanised as economic activity in the region became focused on a few major cities.

“All GCC states have varied legal commitments to provide housing. This has usually been done through land grants and concessional loans or housing projects developed directly by the state.

“Increasingly, the private sector is seen as the solution by rapidly boosting the housing stock for nationals, as well as financing opportunities.”

There are also opportunities in energy, according to the chairman– specifically in solar and nuclear power. But “changing consumption behaviour will be vital too,” he adds.

“The idea of conservation is at least on the table in the region. There is an incentive for companies and government agencies to show leadership by implementing initiatives to reduce their consumption levels.”

NEW ERA FOR THE GCC

With so many opportunities being afforded governments and businesses across the region, as a result of dwindling reliance on oil, various avenues have been explored to capitalise on what is being viewed as a new era for the GCC.

For Al Sowailim, there is a lot to be gained by forging a greater union among GCC countries, especially if they become a single market.

“One of the key opportunities that the GCC has is to attract new revenue sources and to optimise costs through integration,” he says.

“To do this, the GCC would need operate as a single economic union or market. This is what we are proposing in our latest Growth Drivers report.”

The report, published earlier this year, emphasised the need for GCC countries to accelerate the creation of growth drivers that do not rely on oil revenues. Chief among the company’s advice to member states is the formation of a single market.

“On the surface, I agree, it can be seen as being a bit unrealistic and probably irrelevant as governments rush to tackle the deficit from low oil price,” continues Al Sowailim.

“But we are not talking about coordinating monetary or fiscal policy.

“Our argument is that removing the remaining barriers to intra-regional trade and investment could boost efficiency and promote growth and diversification.”

The growth of the GCC since it was established in 1981 has allowed its six members – Bahrain, Kuwait, Oman, Qatar, Saudi Arabia and the United Arab Emirates – to build an economic community that is globally recognised.

Al Sowailim suggests that adversity in the 1990s demonstrated the benefits of such close ties, and that even closer bonds could fortify the organisation and the region overall.

“In the 1990s, low oil prices led GCC governments to recognise there was strength in unity,” he says.

“That push produced the customs union and common market that citizens and businesses take for granted today. These achievements deserve to be recognised but they remain unfinished. Lengthy border checks and a lack of regulatory alignment mean that journeys that should take just a few hours require three to four working days, making the GCC a weak link in global supply chains.

“Foreign investors are still unable to treat the GCC as one large market. Existing regulations mean that companies still need multiple strategies for the six GCC markets – and foreign investment flows to the GCC as a whole have halved since 2010, despite the advances in integration.

“With Iran fast emerging as an investment target for the region, it is crucial that the GCC moves quickly to close loopholes, streamline regulations and align them across the region.”

Having developed an integration model to measure the economic impact of removing the remaining non-tariff barriers that hold back trade, investment and productivity, Al Sowailim says EY’s analysis shows that such a move could boost the GCC’s economy by $36bn, with 96 per cent of the gain coming from the removal of bureaucratic barriers to efficiency.

“The benefits would spread across all six economies, with the strongest gains in Bahrain, Oman, Saudi Arabia and the UAE,” he says.

“The most significant impact comes not from boosting intra-GCC trade, but from making the region’s trade and investment relations with the rest of the world easier.

“Our research suggests that if the GCC continues to grow at an average of just over 3 per cent for the next 15 years and overcomes its fragmentation, it could become the sixth largest market in the world by 2030.

“That is not a small achievement.”

Speaking of achievements, EY itself has been increasing its footprint in the region, spending Dhs 100m ($27.2m) in the past three years on growing its presence across the Middle East and North Africa.

“At the moment we are working on future investment plans to fund our growth,” confirms Al Sowailim.

“This growth includes the addition of 21 partners across MENA in 2015. Our total number of partners stands at 171, which is the largest of the ‘big four’ accounting firms in the region. By 2020, we expect to grow to more than 300 partners.”

For the chief executive, the firm’s regional growth gives out a very clear message: that the world is changing, and groups need to work together.

“We have a duty to channel our strong legacy as an organisation and who we are as individuals, working together as a region to achieve sustainable growth and make a positive impact in our communities,” he says.

“At EY, we develop outstanding leaders who team up to deliver on our promises to all of our stakeholders. It is now up to us to create an even stronger EY for future generations.”

In order to initiate that strengthening, the company moved early to build a digital presence with the acquisitions of a digital design and customer service and experience company, Seren, global strategy consultancy, Parthenon, and provider of governance, risk and compliance services, Integrc.

“Our investment and growth plans in MENA have been complemented by the acquisitions of our global advisory business, particularly in augmenting our digital capabilities,” says Al Sowailim.

“There has been huge demand from our clients on digital transformation and we see digital as one of the areas with highest potential for innovation and growth.”

Digital disruption is, of course, not confined to professional services.

Key sectors such as financial services, oil and gas, power and utilities and technology have also experienced changes and expect to see more.

“Every industry in every country around the globe is experiencing some form of digital disruption,” says Al Sowailim.

“Even within industries – or within single organisations – digital is transforming business strategies, operating models and relationships with customers.

“Although a constant barrage of new technology is partly responsible for driving this disruption, customers are the real disruptors. Whatever the business, customers are demanding more services and products at an amazingly fast pace.”

He explains: “Although some organisations may be more digitally mature than others, few – if any – have yet to master holistic digital strategies. The winners will be those who have made the mental leap in their strategy and execute relentlessly.

“Fitting an organisation’s business strategy to a digital world requires a holistic approach. Digital will impact every facet of the organisation and as such, organisations will need to establish clear visibility into every business and functional unit across the enterprise. From innovation to technology, operations, supply chain, cyber security, transactions, accounting, tax, law and more, organisations need to infuse digital into everything they do.

“Digital disruption isn’t coming – it’s already here. The question organisations need to be asking themselves is ‘what am I going to do about it?’