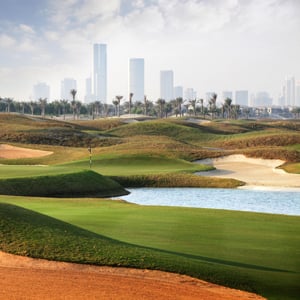 Abu Dhabi beat its 2011 target of two million hotel guest arrivals by 6.5 per cent or over 100,000 guests. Annual growth was recorded across a number of key metrics including: guest nights, which were up 22 per cent to 6.3 million; occupancy levels which rose seven per cent to 69 per cent; revenue, which rose three per cent to AED 4.375 billion ($1.2 billion) and length of stay which expanded five per cent to 2.97 nights.

Domestic tourism accounted for 39 per cent of overall 2011 arrivals with the GCC, including the UAE, making up 45 per cent of hotel guests. Non-GCC Arab countries accounted for 11 per cent, Asia 14 per cent and Europe 18 per cent.

Saudi Arabia performed particularly well with guest numbers climbing by 58 per cent to 60,991 making the Kingdom Abu Dhabi’s sixth largest international source market. Kuwait visitors increased by 36 per cent, Qatar 11 per cent and and Oman grew by 10 per cent.

Europe’s growth rate was primarily influenced by the UK, which remains Abu Dhabi’s biggest international source market accounting for an increase of 18 per cent; Germany, from where arrivals rose 25 per cent; France, where the market grew 15 per cent and Italy, which saw a 13 per cent growth. In the Asian sector, India provided strong growth of 30 per cent, making it the emirates’ second largest international source market.

“These results should be viewed as highly encouraging when viewed against a background of world economic uncertainties which are impacting many destinations,” said HE Mubarak Al Muhairi, Director General, ADTA. “We begin 2012 buoyed by Abu Dhabi being named ‘Golf Destination Of The Year Middle East and Africa’ by the International Association of Golf Tour Operators which we hope to further leverage through our newly-launched Golf In Abu Dhabi product.