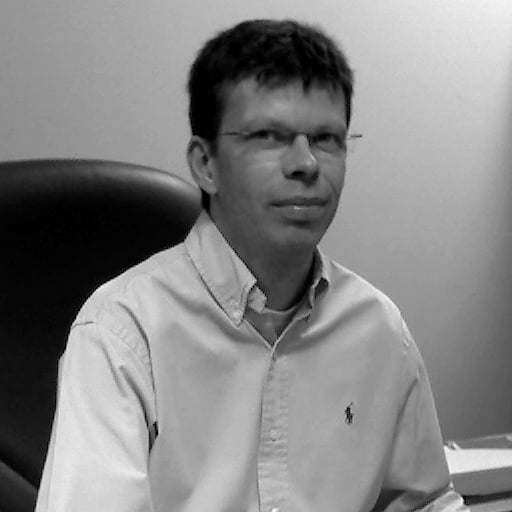 The six-nation-large GCC, the regional, Gulf integration project to effect coordination, integration and inter-connection between member states in all fields in order to achieve unity among them, seems to be interested in upgrading itself to a EU-styled union.

In the aftermath of the Arab Spring uprisings in 2011, Saudi-leaders suggested to broaden the GCC by offering a form of membership to fellow monarchies, Jordan and Morocco, and to deepen existing, but loose, affiliated economic, political and security cooperation among Gulf states by transforming the GCC into a confederation.

Gulf rulers did not embark upon a substantive, unity of positions seeking discussion at the time, but somewhat reconsidered a move towards some sort of EU-styled regional entity during the December 2013 GCC Summit Meeting in Kuwait, merely noting that on the annual meeting no decisions on Gulf unification had been taken but that discussions on economic and political integration would continue.

As it stands, Bahrain, Kuwait, Qatar and Saudi Arabia are believed to be supportive of a closer union, leaving ambivalent Oman and the United Arab Emirates (UAE) on reservation, fearing that the largest GCC state might overly dominate the smaller ones.

The idea of a EU-styled union between six hereditary ruled oil and natural-gas rich but conflict susceptible sheikhdoms makes sense in an era of economic and geopolitical re-alignments, but needs a closer examination, for one size does not necessarily fit all.

Design and ambition resembles EU integration in parts only

The concepts of solidarity and unity through peace were the crucial leitmotifs for six democratically-elected European governments deciding in 1951 on supra-national integration. Similarly, developing a practical answer to the challenges of security and economic development in the region, and the fulfillment of the aspirations of its citizens towards some sort of Arab regional unity, can be regarded as the decisive incentives for the six Gulf states agreeing on inter-governmental cooperation in 1981.

While GCC states have drawn upon EU concepts in some areas such as a customs union, a projected GCC common market and a currently stalled GCC monetary union, other aspects of EU integration are less evident.

The process of European integration departed from a preparedness in pooling sovereignty held by democratically governed European countries to an institutionalised higher set-up which could (A) slash tariff barriers, quantitative restrictions and measures having an equivalent effect to intra-Community trade, (B) create a common, internal market and (C) operate upon supra-national lines, the system allowing member states to become outvoted via common decision-making procedures, and legally bound by a separate, precedence over national legislation, legal order.

Highly autonomous governments vastly composed and led by royal family members who take the conduct of international relations in a deeply personal manner, GCC states cautiously guard their sovereignty, and are therefore unlikely to yield real power to a commonly governed authority with national-level ascending institutions, far-reaching competences, a budget with regulatory, re-distributive functions, and a binding legal order.

“EU, one law, one strong and unchecked power capable to legislate, to execute and to enforce its will on your country, even if your government says no?”, a colleague from a GCC state asked me somewhat unbelievingly.

Within the EU, a centralised regulatory, executive supra-national authority does exist, but with separation of powers styled checks and balances.

Protecting the member states against abuse of strong regulatory power in the hands of an independent, supra-national authority, the concept of conferral ensures that the EU institutions may only act within the boundaries of the powers assigned to them by common assent of the member states.

EU integration is an ongoing process, developing new, e.g. energy, and elaborating on existing common policies, like trade, agriculture, competition, environment, security etc. and adopting measures to guarantee that the balance of power between small and larger member states is, and remains fairly equal.

EU institutions have their own tasks and responsibilities and interact with one another in order to guarantee that the EU is functioning in the best possible manner, and that those in breach with obligations will abide to the EU-wide rules.

Naturally, France, Germany and the United Kingdom might be perceived as the bigger ones wielding somewhat more influence than the smaller ones. But no member state can enforce its will upon another, for the EU has built-in limitations to act, and built-in mechanisms to block decision-making and policy-development.

The EU, its policies, its institutions and its decision-making have to be seen as a blend of supra-national integration and inter-governmental cooperation.

The currently 28 member states spanning EU has not been built overnight: distinctions between high and low politics and a gradual, step-by-step approach have led to confidence, support and loyalty, and, as such, steadily encouraged new areas of cooperation, establishment of new institutions and a range of membership applications.

Reluctance, or an announcement to walk out as soon as a new initiative goes ahead, is understandable in a multiple-party discussion structured around reaching a common decision, especially if the matter under discussion involves vital national interests.

Dynamism displayed by rules laid down by institutions commonly shared can, on the other hand, serve as a factor to forge ahead with advancing steps, and pull a refusing member in the integration process at a later stage.

EU integration has demonstrated that concepts, like variable geometry and two-speed Europe, can accommodate member states with enhanced integration reservations: so-called opt-outs and opt-ins have allowed outright opposing member states the right to take part in common policy areas when they express their wish to join.

The entire economic and political inspired venture of constructing what today has globally become known as the EU has been subject to both periods of optimism and intervals of pessimism, with accomplishments achieved so far qualifying as unique and unprecedentedly successful in contemporary international relations.

With various underlying factors to stick together, recognising that deep religious, linguistic and cultural ties link them, GCC states have a direct interest in consolidating, enhancing and further developing the role, policies, powers and institutions of the GCC.

EU integration has demonstrated that working together leads to a greater impact in trade relations and a greater clout in foreign affairs.

The ability to represent citizens in a geographical area stretching from desert to sea with one single voice and unified positions will enhance the status and bargaining power of the GCC in external economic relations, international diplomacy and regional conflict resolution, factors of growing importance considering the global political economy moving to a multi-polar world configuration.

The GCC has embarked upon a number of challenging, high-profile projects which today are either partially completed or subject to slow pace.

Methodologies and institutional mechanisms successfully applied in EU integration, like the autonomous common commercial policy, the entire project of turning a hampering common market into a smooth functioning single market and the various processes of accession, might serve as valuable concept references for broadening and deepening the GCC, and, as such, justify a consideration for further consultations and exchanges of views to construct consensus pertaining unity in currently divergent positions between GCC states over their commonly governed regional integration project.