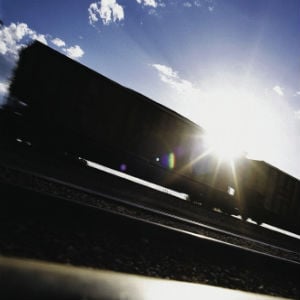 In 1900, the Ottomans began work on a 1,320 kilometre Helaj railway to help pilgrims travel across Syria, Jordan and Saudi Arabia. Labourers grappled with inclement weather and eventually created a network that later became a vital route for ferrying Ottoman soldiers and weapons during World War I.

Today there is a sense of deja vu as the Kingdom’s construction giant, Saudi Binladen Group, flexes its engineering expertise as one of the contractors for a new 2,400 kilometre North-South railway across the Kingdom’s terrain.

Saudi Railway Company (SAR), the government company created to build the North-South line, is looking at transporting 100 million tonnes a year of freight. Just as the famous Hejaz line was ostensibly built to aid pilgrims, but eventually became an indispensable route for carrying goods and weapons, freight is set to eclipse passenger services in the Gulf.

While Saudi Arabia may be the only Gulf country with a railway history, the Kingdom’s neighbours are now embarking on a series of formidable projects that are set to transform the region. In the UAE, Etihad Rail is spearheading a $10.9 billion project, with the first phase of the initiative targeting the transfer of granulated sulphur from the Western Region to Ruwais port for export. Over the next two decades, Etihad Rail expects to transport up to 50 million tonnes of freight per year. Meanwhile in Qatar, the $35.7 billion integrated rail plan is mostly geared towards meeting FIFA requirements in the run-up to the country’s hosting of the 2022 World Cup.

“Everybody in the Middle East is talking about freight. If you have large volumes over longer distances, then trucks will lose and trains will win,” said Arash Aghdam, director of rail and transit transportation Middle east at engineering and design firm AECOM.

Companies that have long relied on lorries to ferry their goods from ports to cities will now be presented with a new mode of transport thus far untested in the region, except in Saudi Arabia. The basic argument is that if the distance is too short, companies may not yet be persuaded to shift to railways.

“It requires a paradigm shift because people are not used to this means of transportation, so it will take some education. It is very challenging for railway investors to compete with trucks and we are facing issues with many business owners. As a government company, we are trying to make it attractive and give incentives for people,” said Rumaih Al-Rumaih, the CEO of SAR, at a MEED rail conference in September last year.

SAR began commissioning the 1,400 kilometre mineral line of the North-South railway in May 2011 and is currently working on three other sections: connecting Ras Al-Khair industrial city to Jubail industrial port city; linking Jubail to Dammam; and the internal network inside Jubail.

SAR is currently in talks with SABIC, Saudi Aramco and agricultural firms such as Al-Marai to persuade them to use its network for freight, Al-Rumaih said. “We are very close to finalising a memorandum of understanding with Saudi Aramco; crude oil is not in the early discussions, but the refined products, the diesel and benzene,” the CEO added.

In the UAE, state-owned Etihad Rail is expected to initially go live by 2013. The first stage will be developed in partnership with ADNOC, the state- run oil company of Abu Dhabi, with the aim of transporting granulated sulphur.

“We have already signed agreements with major national companies here who aim to use Etihad Rail as their main method of transportation, such as raw and finished materials of Emirates Steel and granulated sulphur of ADNOC,” said Etihad Rail CEO Richard Bowker at the conference. “We are not just building a railway, we are actually building a railway business that we intend to be competitive in.”

The second stage of the project will link Abu Dhabi to the port at Jebel Ali and Dubai, while the third stage will complete connection to the rest of the Northern Emirates.

As ponderous as the projects in the UAE and Saudi Arabia may be, they are surely not as logistically complicated as those in Qatar – the tiny Emir state is building a people-mover, a light rail transit, a high speed network for passengers and freight, four metro lines and a railway track on the proposed causeway connecting Qatar to Bahrain.

Although not all the Qatar sections need to be finalised by the 2020 FIFA deadline, the majority of the project will need to be ready in order to ferry fans in and out of the World Cup stadiums. Qatar Railways Company (QRC), which was set up by the government to carry out the project, expects construction to begin this year.

“The biggest challenge in Qatar is going to be building a railway, while at the same time building a new road network, stadiums and hotels,” said Geoff Mee, QRC deputy CEO. “The logistics are scary. We are going to bring Central Doha to a standstill.”

Although the integrated rail system is an essential part of preparations for 2022, Qatar will also be gifted with a giant railway system that will need to be filled post-event.

With a current population of about 1.6 million, Qatar is counting on population growth data to support its target of one million passenger journeys daily by the time the network is finished. As for freight, Qatar’s prospects will very much depend on the outcome of projects in neighbouring countries.

“Freight is heavily dependent on the links to the GCC (Gulf Cooperation Council),” said Mee. “The network needs to connect to something. A railway that just stops at the Saudi border isn’t of any use to anybody.”

Four trends to reboot the GCC construction sector in 2022