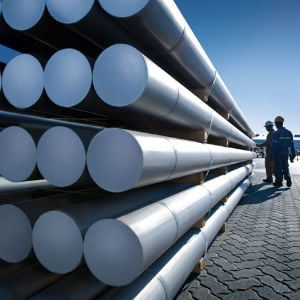 The five largest aluminium smelters in the GCC have ramped up production to meet swelling global demand.

Aluminium production in the region is expected to increase to five million tonnes per year by the end of 2014, the report said.

Meanwhile global demand for the metal is increasing by six per cent per annum, and could hit 70 million tonnes by 2020.

“Almost 80 per cent of the aluminium produced in the Gulf is exported to different parts of the world,” Saeed Fadhel Al Mazrooei, Emal’s president and CEO, told WAM.

“The orders on our metals have increased because one of our prime products is for automotives,” he told reporters.

“We realised there is an increase in the orders for trucking since there is growth of around seven to eight per cent,” he said.

“We are increasing our production and looking at markets in Asia, Europe and the US and wherever the flexibility of the market shows good premiums,” he added.

Meanwhile Emal’s parent company, Dubal, recently announced that its metal sales increased by 1.7 per cent in 2011 compared to 2010, contributing to the company’s net profit of Dhs3.51 billion in 2011, a 65 per cent year-on-year increase.