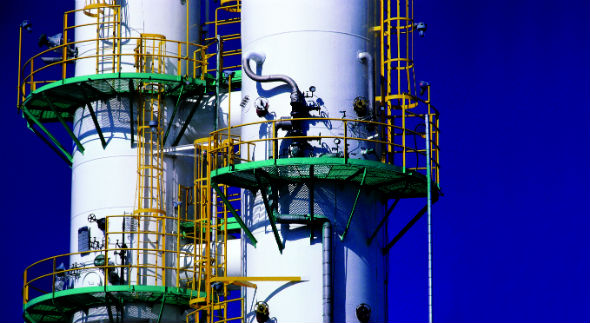 The GCC petrochemicals sector has had a fantastic run over the past two decades, but the industry is facing fresh new challenges with rising costs and greater competition.

The Gulf region has leveraged its massive oil and gas reserves to build a world-class petrochemicals industry by importing industrial technology and expertise and creating thousands of well-paying jobs. While cheap natural gas and petroleum has fed the industry’s growth, that advantage is slowly eroding.

“The traditional competitive advantage of petrochemicals companies in the Gulf region is their access to cheap feedstock,” noted Roland Berger, Munich- based strategy consultants.

“This advantage, however, will erode in the medium term as the opportunity cost of natural gas as the predominant local feedstock goes up and ethane reserves decrease. Therefore, petrochemicals companies in the MENA region need to gain access to technology and key growth markets to develop their business models beyond their diminishing feedstock advantage.”

Rising power consumption in the region means that natural gas is fast becoming a scarce commodity despite huge reserves. Natural gas consumption in the Middle East region has grown from 86 billion cubic metres by 1990 to 376 bcm by 2010, and is set to reach 485 bcm by the end of the decade. While production is set to reach 600 bcm by that time, much of the natural gas is set for exports.

“Demand continues to increase strongly in the Middle East, driven by power generation, water desalination and petrochemical projects, as well as own use in LNG and gas-to-liquids production,” noted the International Energy Agency in its annual report. “In some cases, low regulated gas prices have resulted in physical shortages of gas, as demand has outstripped local supply capacity.”

Booz Allen Hamilton notes that the GCC is projected to experience a sizable shortfall in natural gas for the coming years. Consequently, the supply of ethane – a key by-product of natural gas used as a petrochemicals feedstock – is not expected to grow significantly and most of the anticipated supply is already committed to existing and new projects.

Another key threat is shale gas production in North America, which has revived the US’s petrochemicals sector. The US produced nearly a third of the world’s petrochemicals products in the 1980s, but that market share had shrunk to 10 per cent by 2010. Access to new cheap natural gas, however, has given the industry a new lease of life.

Close to 110 new projects worth $77 billion are under way in the US, according to the American Chemistry Council. The US’s potential self-sufficiency means that Gulf companies will have to find other markets to sell their wares.

However, the regional petrochemicals industry is set to enter the new phase of growth from a position of strength.

The petrochemicals industry, in countries like Saudi Arabia and Qatar, is as developed as anywhere in the world

The petrochemicals industry, in countries like Saudi Arabia and Qatar, is as developed as anywhere in the world, and the two countries are spending billions to maintain their enviable position in the global industry.

Saudi Basic Industries Corporation (SABIC) is a global giant with international operations, a market cap of over $74 billion and net profit of $6.6 billion in 2012, making it a Fortune 500 company.

The Middle East makes up 13 per cent of the world’s primary petrochemicals production and grew capacity by 5.5 per cent last year to reach 127.8 million tonnes. In contrast, the global industry grew by a mere 2.6 per cent.

Analysts expect the region’s petrochemicals capacity to reach 191.2 million tonnes by 2020. Not surprisingly, Saudi Arabia is expected to lead the expansion, adding 40.6 million tonnes during the period, with Qatar and the UAE adding 10 million tonnes and 8.3 million tonnes, respectively.

However, rising capacity has not yet translated into higher profitability. For example, the net income of Saudi Arabia’s publicly-listed petchem companies fell 15 per cent to reach SAR31-billion last year.

The trend has continued as Saudi companies saw their first quarter earnings decline by 7.9 per cent compared to the same period last year.

NBK Capital estimates, however, that net income could grow five per cent in 2013 and nine per cent next year. “Our broad theme on the Saudi petrochemicals sector for 2013 remains intact which is low growth, high marginal costs, and limited pricing power with the producers,” said Anik Gupta, analyst at NBK Capital.

Despite sluggish growth, the Gulf states continue to invest heavily in the sector. Around 65 major projects collectively valued at $150 billion are under way in the Gulf alone.

The newly formed Sadara Chemical Company – a joint venture between Saudi Aramco and The Dow Chemical Company – has begun construction on a new Jubail petrochemical complex, set to produce three tonnes per annum of chemicals such as polyethylene and propylene – one of the most common forms of plastic.

The $20 billion Sadara chemical complex in the Jubail Industrial City II is said to be the largest to be built in a single phase. Featuring 26 manufacturing units, the complex will be the first in the Middle East to use refinery liquids, such as naphtha, as feedstock. The first products will be delivered in the second half of 2015, with the complex in full operation by 2016.

Saudi Ma’aden is also investing $7 billion on the second phase of phosphate production. Petro Rabigh, a joint venture between Japan’s Sumitomo Chemical and Saudi Aramco, started work on a $5 billion expansion of the project.

Last year partners SABIC and ExxonMobil awarded a contract to build a $3.5-billion project to produce 400,000 tonnes per annum of rubber.

In Qatar, Royal Dutch Shell and Qatar Petroleum are planning a $7 billion Ras Laffan olefins project, which will produce 1.1 million TPA of ethylene and 170,000 TPA of propylene.

In the UAE, Abu Dhabi National Chemicals Co. and International Petroleum Investment are developing a $10-billion aromatics olefins and nitrogen chemicals project, while Kuwait is also planning a similar project valued at $9 billion.

The export-oriented regional petrochemicals sector is sensitive to the global economy, and that remains a cause for concern.

With the US becoming increasingly self-sufficient and the Eurozone in a structural, low-growth environment, Gulf producers see Asia as their biggest future market.

“Estimates suggest approximately 500 million additional consumers will spend increasing proportions of their income on non-food items over the next 15 years. Many of these will be products derived from or based on petrochemicals. A similar development is expected in India with its significant and increasingly affluent middle class population.”

But China has ambitious plans of its own for its petrochemicals industry, which could well eat into the Gulf’s marketshare.

GCC players will need to work on multiple fronts to ensure they maintain their lead in the sector. Strategies could include participating in shale gas and related investments in North America, raising production of speciality chemicals and finding ways to consolidate the industry.

The proposal to merge Saudi-listed companies Saudi International Petrochemical Co. and Sahara Petrochemical suggests that regional companies are positioning themselves for more challenging times ahead.

“The Saudi petrochemical sector has been based on selling basic olefins leveraging on the feedstock cost advantage,” noted Al Rajhi Bank research team in a note to clients. “However, the government is now intent on moving into more value-added products.”

The global petrochemicals industry is in a state of flux, and Gulf companies will need to act quickly and smartly to ensure they don’t lose their edge in the industry.