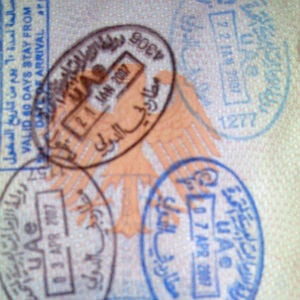 Discussions are on between regional and international governments and policymakers to study the feasibility of introducing an electronic visa platform that will make it easier for visitors to travel globally, according to a senior industry expert.

“We have got to make it easy for people to travel,” Gerald Lawless, executive chairman of the Jumeirah Group, told Gulf Business at the sidelines of the Arabian Hotel Investment Conference.

“We are trying to persuade governments to have a common electronic platform for visas which will enhance their security. So we are not suggesting that they back off on security – we understand and appreciate that security is of prime importance.

“But at the same time we say why not make it easier for people to travel. And then we have a big responsibility to ensure that we have the appropriate accommodation and do it in a sustainable way,” he said.

The idea of an e-visa platform has gained momentum, and will also be discussed during the upcoming G20 meeting, he added.

The UAE currently provides visas on arrival to nationals from 32 countries including the UK, US, Australia and Singapore. However, people from countries like Russia, China and India still need to get visas prior to their arrival in the UAE.

However, visitors from the BRICs now form a substantial segment of inbound travellers.

“If you want to introduce or entice visitors from a particular country or a particular part of the world, then you need to make it easy for them to do so,” said Elizabeth Randall, the managing director of consultancy STR Global.

“What needs to happen is that the ministerial and governmental policies need to be in line with their travel and tourism initiatives. Whether that’s visa on demand or whether it’s a visa waiver program, you need to be a destination that is attractive from the beginning of the planning of the trip to all the way till the visitor departs. The entire process needs to be pleasant,” she said.

So will the UAE introduce easier visa procedures for Asian travelers in the near future?

“I see that [the process] evolving in a positive way,” said Lawless.

“I can’t say what the government plans are, but given Dubai’s history and how they were forerunners in the lifting of the sort of requirements in the visa on demand, based on the track record and based on the initiatives that they have in the past, I would expect that it is something that is in the plan now and would be introduced in the near-term rather than the long-term,” added Randall.