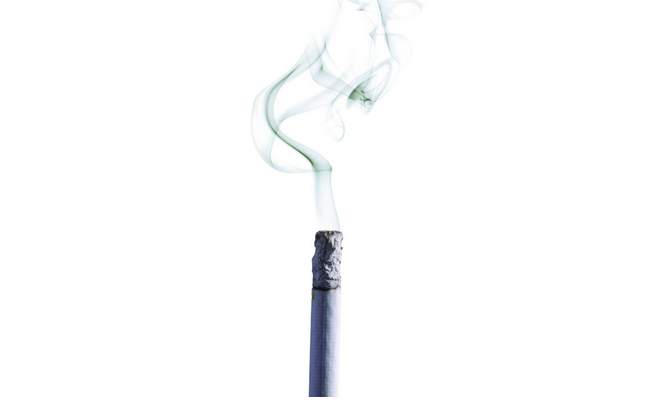 Almost six million people are dying every year due to tobacco, the World Health Organisation claims. But that has not deterred smokers, currently numbering one billion globally. Closer to home, statistics are even more worrying. Gulf Cooperation Council countries are home to four million smokers who consume up to 50 billion cigarettes annually and cost governments more than $500m in healthcare costs as a result, official figures show.

Now, due to low oil revenue, regional players are taking note of the large health and economic burden that smokers inflict on their treasuries. Recently, Saudi Arabia increased cigarette prices by 11 per cent in a bid to reduce tobacco use. This follows a similar proposal to raise customs duty on tobacco to 200 per cent.

But will a sharp rise in prices or taxes help the region achieve its health and fiscal objectives?

The ugly side of taxation

Tobacco firms are dangling the threat of cigarette smuggling as one of the repercussions of high tobacco taxes. According to a study commissioned by cigarette manufacturer British American Tobacco, around 30 per cent of the total cigarette market in the Middle East is illegal. Around 64 per cent of this illicit trade occurs in the Levant and Yemen while the remaining 36 per cent occurs in the GCC and Iran. This equals $940m in lost taxes.

Illegal consumption is high in conflictladen countries such as Syria and Palestine, accounting for 54 per cent and 57 per cent of all cigarettes respectively. Doubling tobacco tariffs will likely fuel this illicittrade, some argue.

“We assume that illicit trade will increase because of the rise in prices, just like we saw in other markets,” BAT Middle East’s anti illicit trade and excise tax manager Elie Atallah tells Gulf Business. “In the United Arab Emirates, you have a base where the size of illicit cheap whites is as high as 32 per cent and [with tobacco taxation] it might spread to other [GCC] countries.”

Illicit cigarette sales account for below 5 per cent of the total in Saudi Arabia thanks to strong border controls and the relatively high purchasing power of consumers. However, in Oman and the UAE, the mountainous terrain makes its harder to halt the smugglers. They operate a complex network of land and sea routes.

Some also point to proven links between tobacco smuggling and the financing of terrorism as further cause for concern. In an article published by think-tank the Centre for International Maritime Security,

United States Navy Reserve commander Chris Rawley suggests that the illicit tobacco trade is already an instrumental part of the funding portfolio of radical groups. Among them Islamic State in Iraq and the Levant and Al Qaeda in Yemen.

“Oil smuggling is not as lucrative as [brent crude] prices are dropping so organised crime groups in the region are looking towards other products. Tobacco smuggling returns are very high compared to minimal risks due to low penalties and weak enforcement,” notes Atallah.

He claims a tax hike could be counter productive as it could mean governments have to spend more on border security to combat the cigarette smugglers.

The correlation between steep tax increases and growth in the tobacco black market is hard to ignore.

In Europe, tax increases in certain countries over the last few years have created a well-run illegal cigarette market. The tobacco black market in Germany rose from 7 per cent of the market in 2000 to 21 per cent in 2006, after the government implemented sharp tax hikes.

Similarly, a 7.5 per cent increase in cigarette prices, mainly due to higher taxes, saw the illegal cigarette trade in Spain rise to 17.5 per cent of the market between 2007 and 2012.

“With the current prices, GCC countries are not targeted as much as the neighbouring countries where profit margins are higher,” he says.

“But the GCC’s cigarette prices are the highest in the region. If it increases, it might impact groups such as migrant workers who rely on cheaper brands.”

As Gulf governments look to diversify their economies and raise revenues, a rise in tobacco tariffs may be inevitable. But governments should have well-structured tax systems to benefit from the hikes and not encourage illicit tobacco traders, policy experts say.

Currently GCC countries only charge a common customs tariff on tobacco, set at the highest rate globally. The tariff on cigarettes is 100 per cent of cost, insurance and freight of a shipment along with a minimum specific duty equal to SAR 100 per 1,000 cigarettes. Tobacco firms are obligated to pay the higher of the two when importing cigarettes to the region.

According to a report released by Dubai-based consultancy Nasser Saidi and Associates the majority of government tobacco revenues currently come through cost, insurance and freight payments. The current proposal by the customs union is to raise the minimum specific duty to SAR 200 per 1,000 cigarettes. This would mean that tobacco firms pay a high percentage of the CIF price along with an increased minimum duty.

Ismail says that such a rampant increase in tax would have to be passed on to consumers. This would result in a price hike, especially for the lower segment brands. That gap for cheaper cigarettes, he warns, will be filled by illicit traders active in the Levant.

Tobacco firms are lobbying governments to raise the percentage of CIF instead of raising the minimum duty. But these import tariffs are ineffectual in earning revenues in the long-term as they risk being eroded by the various free trade agreements signed by the GCC.

Others, instead, call for indirect taxation in form of excise taxes. These could either be specific (based on quantity) or ad valorem (based on value). Specific taxes will charge a fixed amount for a pack of cigarettes while ad valorem taxes are based on prices. The former is easier to administer than the latter, which requires considerable expertise in taxation. However, a specific duty might be ineffective if it is not constantly adjusted to inflation.

BAT says ad valorem taxes, which will rise only with price growth, will be a better fit for the region since they will tax all brands indiscriminately. Meanwhile, Nasser Saidi and Associates recommends that the government introduce a specific nominal excise duty. This would consist of a fixed amount per 1,000 cigarettes.

He argues that a specific nominal excise duty implemented commonly across the GCC will gradually raise cigarette prices in the region and help reduce consumption. Although he emphasises this will require applying taxes equally on imports and cigarettes produced domestically in free zones.

The type of tax structure for tobacco products that the GCC should choose is debatable. Regardless of the structure, tobacco firms and tax experts say in unison that the key is to moderately tax tobacco to obtain its economic benefits.

But if governments wants to play a greater part in reducing smoking-related deaths, it is clear a tougher line is needed. Both in terms of taxation and antismoking regulation.