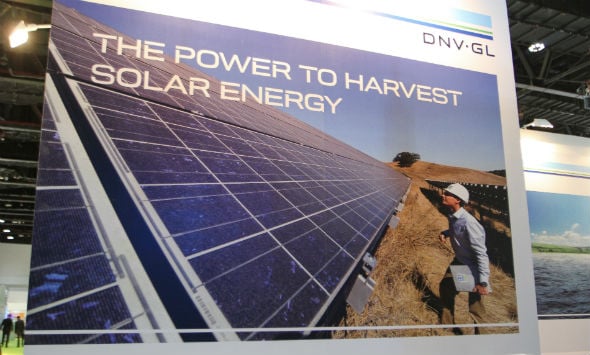 A changing fuel mix, demand for greener energy supply and interdependency between countries are some of the situations the Gulf’s energy sector needs to address.

That’s according to David Walker, CEO of the energy division for DNV GL – the world’s largest independent global energy firm.

Speaking exclusively to Gulf Business, Walker said the cost of energy is another issue which the region has to look at, yet if it can successfully address these matters, the Gulf can become a beacon for the industry.

“The changing fuel mix is something that has to be addressed as the national hydrocarbon resource base starts to deplete. At the same time the population here wants energy that’s reasonably priced, that is reliable and is actually greener,” said Walker.

“Moving in that direction and making use of new technologies and building them in from the start, I think it [the GCC] will leapfrog and be at the head of the cutting edge of a lot of these energies.”

Walker said that the more established cities of Europe and North America struggle with emerging technologies, and that the Gulf can become a melting pot at bringing together new technology and the market in one place.

“A lot of people think the Middle East is awash with energy but as we all know when you get down to a level of detail, both in terms of its oil reserves, its gas reserves and the demand there is here for electrical supply, it’s an interesting mix with a lot of variables,” he said.

“If we add in emerging technologies around renewable energy, particularly solar obviously in this part of the world, along with energy storage and new cities being established, they [the GCC] can incorporate a lot of these new technologies very early.”

Area manager for DNV GL’s energy division, Mohammed Atif, said new objectives and potentially new problems would be brought into focus as countries in the region begin to connect and coordinate.

“As the populations grow there will need to be a more reformed regulatory mechanism in order to be able to pinpoint where investments should happen and where they shouldn’t happen,” Atif said.

“The population starts to become more distributed and as the GCC becomes more interconnected there will be interdependencies between the different countries.

“The interdependencies could start to bring complications on where to invest and when to invest. So I think it’s very important that regional coordination starts to become a higher priority for the region and if it doesn’t, perhaps in the future that could be a slight impediment to making wise investments.”

Walker added DNV GL was already seeing the effects of interdependency across Europe.

“We’re seeing the same thing, this interdependency issue, in Europe and it has to be backed up by policy at national levels and then backed up by hardware; the grids have got to be interconnected,” he said.