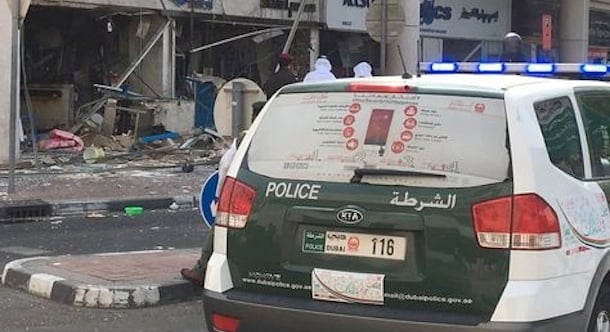 A gas pipeline burst early on Tuesday morning at the Ustad restaurant in Dubai causing one injury. The explosion occurred at approximately 7 am.

“The explosion resulted in a minor fire which was put out within five minutes by teams from Al Karama fire station,” a civil defence spokesperson commented.

Residents of the building were evacuated and the Dubai police barricaded the road to carry out further investigations and clear debris from the building area.

According to the Civil Defence department, the blast was linked to the gas pipeline that runs through Al Maskaan Building. An assessment of structural damage to the building is currently being carried out.

There have been other similar incidences in the UAE including a gas cylinder explosion that took place in March this year, leaving 15 people injured in Abu Dhabi’s Al Khalidiya neighbourhood.

On each occasion, civil defence authorities stressed the importance of complying with the safety requirements of the buildings. Residents are advised to follow official guidelines to avoid accidents.