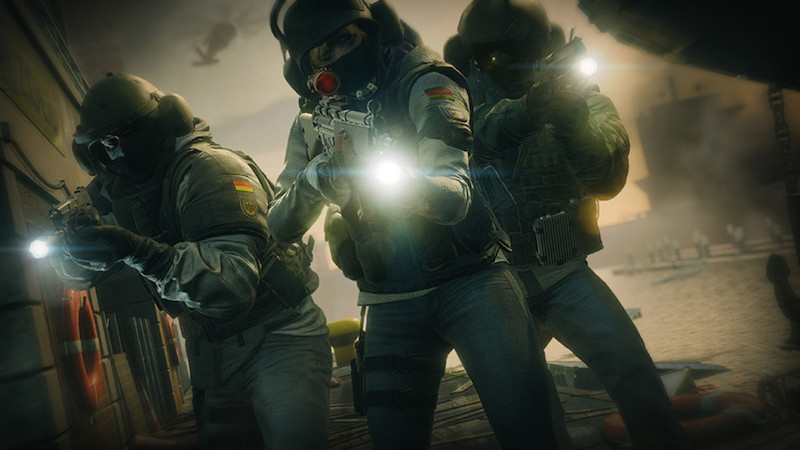 Video game developer Ubisoft has filed a lawsuit against Google and Apple for not removing a new game ‘Area F2′ from their respective app stores.

The lawsuit alleges that this game is a version of Ubisoft’s Rainbow Six Siege, which is not yet available on smartphones, but is a popular combat game on other gaming platforms.

Although Area F2 is still new to both app stores, there are already over 5 million downloads of it from the Google Play store alone, in addition to tens of thousands of reviews, most of them positive, giving it a 4 out of 5 rating.

The Area F2 game has been developed by Qookka Games, which in turn belongs to Alibaba Group, owner of the Chinese Alibaba store.

The French company Ubisoft has found that banning the new game from the stores by suing both Apple and Google, is a more effective option than suing the company that developed the stolen game, since suing Chinese companies about property rights is a difficult process usually, and rarely delivers favourable results to foreign companies.

According to Ubisoft, Area F2 is a carbon version of Rainbow Six Siege, from relying on a two-player combat strategy within a destructible environment, to the types of powers and features of different player categories.

Ubisoft claims that Area F2’s success is because of its similarity to Rainbow Six Siege and therefore, it is capturing new players who would have otherwise relied on Ubisoft’s game.

Ubisoft had directed Google and Apple to remove the offending game from stores, but its request appeared to have been ignored, and now the company has lodged an official complaint with the federal court in Los Angeles, US.

It is unknown whether the court will rule in favour of Ubisoft or whether it will deem this to be a case of legal sharing rather than systematic theft of assets and gameplay.

It is noteworthy that this is not the first time a major gaming company has filed a lawsuit for cloning a smartphone version of its game.

Two years ago a similar case arose between PUBG and Rules of Survival.

WhatsApp’s three new privacy features and how they work