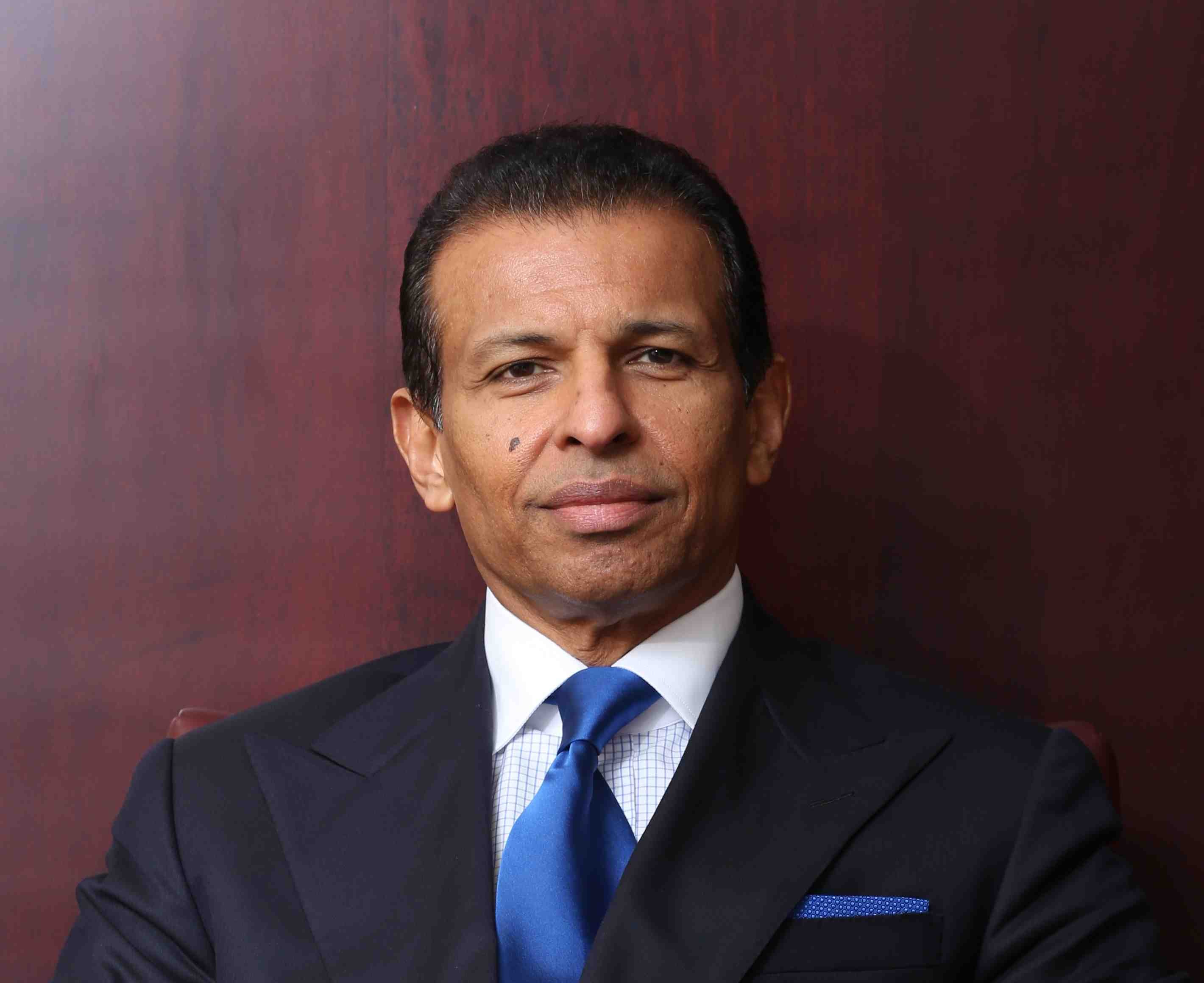 In a flat-roofed office just off Dubai’s central motorway, lies a nerve centre for educating 130,000 children around the world.

On the top floor of this otherwise non-descript building resides the regal, mahogany-panelled office of Sunny Varkey, the founder of GEMS Education, the world’s largest private schools company.

An enigma to many, rumour has it that it is easier to get in contact with former US president and GEM’s not-for-profit ambassador Bill Clinton, than it is to get hold of the low-profile Varkey himself.

“I’m not a saint, but I believe you’ve got to pray, be focused, and work hard for your success,” the chairman says.

Smoothing down his impeccable double-breasted suit, the chairman seats himself for the photo shoot. “I have a thing for clothes,” he says.

Varkey leans back, with an inscrutable smile, and it’s not difficult to see why this multi-millionaire Indian entrepreneur has swept the global corridors of power with seeming ease. He has the natural charm and easy statesmanship of a leader.

“I’m not a saint, but I believe you’ve got to pray, be focused, and work hard for your success,” the chairman says.

Varkey’s teacher parents arrived in Dubai from Kerala, India, in 1959 and, 10 years later, they bought Our Own English High School, the beginnings of a pedagogy mega-empire. In his twenties Varkey bore a heavy weight on his shoulders as he took over the family business.

Today, the chairman runs close to 100 schools across 19 countries, from the UAE, to the US, Azerbaijan, Uganda and the UK.

“They never wrote anything, just that GEMS entered the UK schools market and was ‘cheeky’,” he says. “Is that good or bad?” I ask. “I don’t know,” he says.

Well, ‘cheeky’ is one way to describe GEMS’ jaunty assault on the global education market. The firm is currently building schools in Chicago, Switzerland, India, Singapore, Qatar and plans to be in 50 countries in the next three to five years.

These days, Varkey’s mobile phone rings constantly. Often, it will be an emerging market country inviting GEMS to set up shop. The education firm has had 20 business-related enquiries from 19 countries in the last three months.

“We are in a profession where there are over 130 million children who are deprived of quality education and the need for institutions like ours is immense,” says Varkey, slowly, deliberately.

“That’s both on a commercial and non-commercial basis. It’s very important that we are innovative and aggressive as a global brand.”

As well as being the world’s largest provider of across-the-spectrum Kindergarten to grade 12 (K – 12) education, Varkey has a bigger mission, and that’s to save the world from bad education or no education.

“Education is a problem everywhere, it’s a global phenomenon. Any government that cares for its citizens must make education a priority,” Varkey says.

In 2010, the chairman decided to take this problem into his own hands with the launch of the Varkey GEMS Foundation, a not-for-profit initiative chaired by Bill Clinton. The initiative has already raised $40 million to date for underprivileged children.

“For every single student we enrol, GEMS endeavours to help 100 poor children. We use our base of thousands of teachers and students to help us do this,” he says.

This year Varkey helped launched the annual Global Education and Skills Forum in Dubai, in partnership with UNESCO and the UAE Ministry of Education. With typical ambition, Varkey says he wants the conference to be the ‘Davos’ of education.

These are all, unquestionably, noble and vital initiatives that are changing and improving lives across the world.

But that’s not to say that Varkey hasn’t come under regular fire for being viewed as profit-seeking, particularly in light of regular maximum fee hikes at GEMS’ schools and the threatened closure of schools that aren’t making enough profit, even as he launches around 13 new schools this year.

He says, simply: “If we are not sustainable as a business, we can’t build more schools to help children.

“If Bill Gates was not a successful business person, he would not have been able to do the charity that he is doing today. In our own case, even more so because we don’t collect donations, we take loans and borrow from the banks. We take money from there and we reinvest back into the CSR.”

But, at some point, with regards to taking children out of schools they can no longer afford, is that not disruptive to their education and counterproductive to the bigger picture?

In late 2012 GEMS attracted bad publicity when it threatened to close the Westminster School in Dubai, which charges around Dhs10,000 per annum, because it viewed the fees not sufficient for it to provide quality education to the students.

Following a ‘Save Our School’ Twitter petition and various scathing media reports, GEMS eventually u-turned on the school’s closure.

Varkey says: “This has been an issue we have been facing, especially with old schools that were established in the last 20 years, where the fees have not increased in line with inflation.

“If somebody needs to open a new school the fees must not be less than Dhs12,000 per annum average because the cost of the rent of the land and the utilities must be taken into account.

Varkey is quick to point out that the government’s Knowledge and Human Development Authority (KHDA) decides the fees and not GEMS itself.

It’s true that the KHDA has a performance-based fee increment structure, where schools that are found to fall under the ‘outstanding’ category are allowed to increase their fees by six per cent per annum, while those found ‘acceptable’ as well as ‘unsatisfactory’ are allowed a three per cent hike. But the final actual fee hike remains at the school’s discretion.

Varkey says: “It’s normal human behaviour [for parents] to defend fees. But parents can very well see which are the schools that are good, outstanding, fair, or not good. And, accordingly, they can choose a school.

It’s clear that money is unlikely to be an issue for the burgeoning education firm going forward. GEMS is seeking to raise up to $1 billion to expand before considering an initial public offering, Bloomberg has reported.

“Hopefully we will need to raise an IPO sometime, yes,” confirms Varkey.

The Abraaj Group, the Middle East’s biggest private equity firm, bought 25 per cent of GEMS in 2007, restructuring the stake five years later into a three-year convertible loan instrument, according to Abraaj’s 2011 annual report

Education, like health care, is a counter cyclical sector, performing well even in a recession. With the world’s population currently growing at a rate of 1.14 per cent each year, the school-aged population alone grew at 22 per cent between 1991 and 2011 according to the UN. Today, Varkey finds himself at the fulcrum of a very fine global industry.

At any minute, I feel as if this complex, charismatic man could just vanish out of the room – as he frequently does. To take a phonecall? To consult with a PA? Varkey is ticking timebomb of importance, a man who is wanted in many places at once.

“It’s not like any other sector, you have to have a passion for what you’re doing because it’s the world’s most important industry,” he says.

“There is a lack of teachers on a global basis. This is the only industry in the world that is still being monopolised by the governments. Teachers are not paid very well and they are also not celebrated like other professions.

“The governments need to engage with the private sector to support these sorts of challenges – in getting more people to become teachers, but also in helping them to run their schools. Frankly, the governments can’t do anything and they need proper PPP arrangements.”

At any minute, I feel as if this complex, charismatic man could just vanish out of the room – as he frequently does. To take a phonecall? To consult with a PA? Varkey is ticking timebomb of importance, a man who is wanted in many places at once. Is there anything more Varkey wishes he’d done? Is there anything left to do?

He brings me back to the Global Education and Skills Forum. “It could change things,” he says.

“At Davos, no one talks about education!” he adds, in disbelief. “It makes a difference to get everyone in one room talking.”

“They want to make the UAE a knowledge hub, a knowledge economy, and for that to happen the government has to play a very important role in laying down the framework of how schools should be run.”

Make no mistake, Varkey is deeply intertwined with the UAE’s powerbrokers, and the fabric of the nation.

GEMS Education is already training up many of Abu Dhabi’s local teachers and Varkey himself acts as an education advisor at the highest government level.

Not many businessmen can say that Dubai’s Ruler HH Sheikh Mohammed personally dropped in on the occasion of their fiftieth birthday. It is testament to the appreciation that lingers in the highest of places for Varkey’s persistent focus on education.