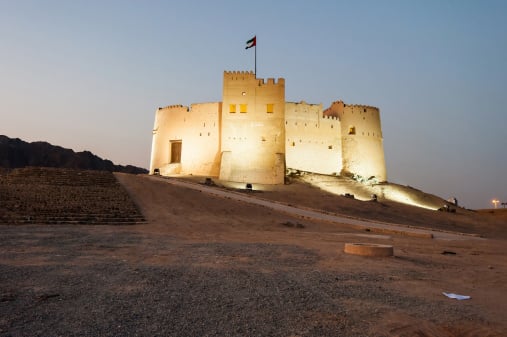 Oil storage capacity in the United Arab Emirates port of Fujairah is expected to rise by 2 million cubic metres (mcm) this year to just over 6 mcm, port data shows.

The port outside the Strait of Hormuz, a vital Gulf oil export route which Iran has threatened to block, has seen a boom in storage facility building since late 2009.

But the pace of construction has slowed over the last year, several traders said, with the looming threat of overcapacity and lower forward prices for oil making storage unattractive.

Fujairah had 4.07 mcm of oil storage capacity at the end of 2012, port figures show, with Vopak Horizon Fujairah accounting for about half.

Another 2 mcm is expected to come online in 2013, including capacity additions from existing companies such as the Emirates National Oil Company (ENOC), GPS Chemoil and Socar Aurora, along with new port investors such as Gulf Petrochem.

According to data supplied by port authorities, another 2.3 mcm of storage will be added when the seventh phase of Vopak Horizon’s expansion project comes online and Singapore-based Concord Energy and China’s Sinopec finish their 880,000 cubic metre project.

By 2015, Fujairah’s oil storage capacity is expected to rise to almost 9 mcm, according to the port.

Oil storage capacity just outside the Strait of Hormuz has become increasingly important for oil companies which ship fuel to Asia, especially after Iranian threats last year to block the world’s most important oil shipping route.

Fujairah, on the east coast of OPEC member United Arab Emirates, has grown in importance as an oil trading hub with the opening of a pipeline last year that allows the UAE to export most of its crude without having to sail tankers through Hormuz.

Securing strategic oil storage space at Fujairah has been a top priority for oil producers and trading houses, although the pace of new capacity coming online has lost pace over the past year.

Fujairah also faces rising competition from the port of Sohar, down the coast in small non-OPEC producer Oman, which is also expanding its facilities by upgrading a refinery. Several oil traders have already secured oil storage space in Sohar.