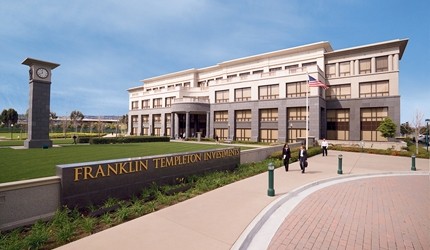 The new fund will operate as a sub-fund of the firm’s Luxembourg-registered Franklin Templeton Investment Funds SICAV range, a statement said.

It will invest in fixed or floating-rate debt securities and obligations issued by government, government-related and corporate entities located in the GCC countries.

The fund may also purchase securities and obligations issued by companies based in the wider Middle East and North Africa (MENA) region, and by supranational entities organised by several national governments, such as the International Bank for Reconstruction and Development.

“The fund seeks to maximise total investment return consisting of a combination of interest income, capital appreciation and currency gains in the long term,” said the statement.

He said: “The GCC region has some of the world’s strongest credit metrics and is endowed with 30 per cent and 20 per cent of the world’s proven oil and gas reserves, respectively. Regional debt markets have been developing rapidly over the past 10 years and have achieved scale in terms of market size, issuance volumes and trading activity.

Total US dollar-denominated bond issues from the GCC countries are expected to hit $37 billion in 2013, slightly higher than the $34 billion in 2012, according to Standard Chartered bank.

“Contrary to the normal trend in which Abu Dhabi Inc dominates GCC issuance, we expect Dubai Inc to dominate this year,” the bank said.