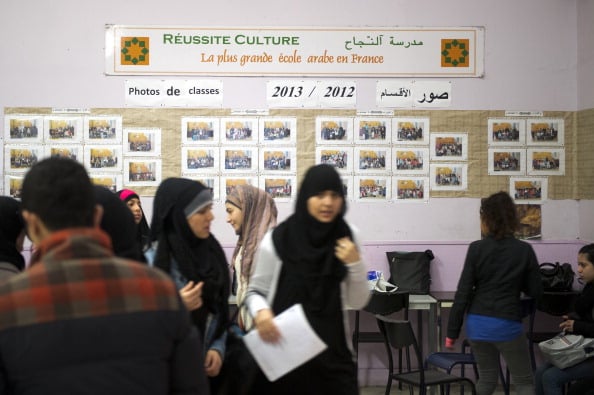 France should reverse decades of strict secularism to integrate its immigrant population better, allowing Muslims to wear headscarves in schools and promoting Arabic teaching, according to an iconoclastic report commissioned by the prime minister.

The document, part of a government review of integration policy, sparked an outcry among conservative opposition politicians and unease among the governing Socialists.

It said France, with Europe’s largest Muslim population, should recognise the “Arab-oriental dimension” of its identity, for example by changing street and place names, rewriting its history curriculum and creating a special day to honour the contribution of immigrant cultures.

Although ethnic statistics are officially banned, an estimated five million Muslims, originating mostly from former African colonies such as Algeria and Morocco, live in France.

Prime Minister Jean-Marc Ayrault, who will chair a ministerial meeting next month on improving integration based partly on the report, told reporters there was no plan to drop the headscarf ban and distanced himself from the study.

“Just because I receive a report doesn’t make it government policy,” Ayrault said after the daily Le Figaro drew attention to the document, which was posted on the prime minister’s official website last month.

Among the proposals presented by senior civil servant Thierry Tuot and a group of experts was to forbid authorities and the media to refer to people’s nationality, religion or ethnicity, and the creation of a new offence of “racial harrassment”.

They also recommended promoting the teaching of Arabic and African languages in French schools.

Ayrault said the aim was to recommend ways to fight discrimination and inequality to “get the republican model of integration working again because it has broken down”.

Centre-right UMP party leader Jean-Francois Cope accused the government of pandering to the immigrant vote and denounced “an attempt to make multiculturalism the new model for France”.

“It would no longer be up to immigrants to adopt French culture, but for France to abandon its own culture, language, history and identity to adapt to other people’s cultures,” he said in a statement.

Far-right National Front leader Marine Le Pen said implementing the recommendations would be tantamount to “a declaration of war on the French people”.

A spokesman for Socialist lawmakers, Thierry Mandon, said a distinction should be drawn between a healthy overall approach and some “extremist proposals”, stressing there was no question of repealing a 2006 law that banned the wearing of headscarves and other religious symbols in schools.

France experienced a wave of youth riots in 2005 in poor, high-rise suburbs where many immigrants are concentrated, prompting calls for greater government action to improve the social and economic integration of young people of immigrant origin.

A tradition of republican secularism rooted in the 1789 French revolution and reinforced by the separation of church and state at the start of the 20th century has faced uncomfortable challenges from a growing Muslim minority.