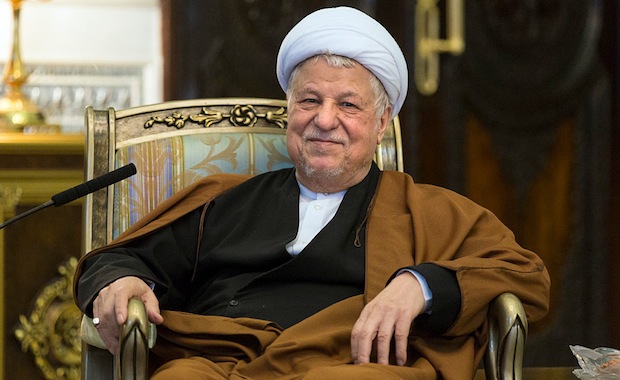 Former Iranian president Akbar Hashemi Rafsanjani died on Sunday at the age of 82, a big blow to moderates and reformists deprived now of their most influential supporter in the Islamic establishment.

He had been described as “a pillar of the Islamic revolution”. His pragmatic policies – economic liberalisation, better relations with the West and empowering elected bodies – appealed to many Iranians but were despised by hardliners.

Few have wielded such influence in modern Iran but since 2009 Rafsanjani and his family faced political isolation over their support for the opposition movement which lost a disputed election that year to President Mahmoud Ahmadinejad.

Rafsanjani headed the Expediency Council, a body which is intended to resolve disputes between the parliament and the Guardian Council.

He was also a member of the Assembly of Experts, the clerical body that selects the supreme leader, Iran’s most powerful figure. His absence from that debate, whenever it happens, means the chances of a pragmatist emerging as the next supreme leader are reduced.

His death ahead of May’s presidential elections is a blow to moderate president Hassan Rouhani who allied himself with Rafsanjani to win the 2013 election and went on to resolve Iran’s long standoff with the West on the nuclear programme.

“The soul of the great man of the Revolution, symbol of patience and resistance has gone to Heaven,” Rouhani tweeted.

Abbas Milani, director of the Iranian Studies program at Stanford University, said his death could not have come at a worse time, as President-elect Donald Trump prepares to take office.

“With what is happening in the U.S. and the possible instability that is going to come in U.S. policy you needed a voice of reason and pragmatism that had some heft to it. He was that voice.”

“Losing that voice is going to make it more likely that any mishap or miscalculation by the Trump team will beget a more unreasonable, more radical, more potentially destructive response by the Iranian regime,” he added.

Trump had said during his campaign for the White House that he would scrap Iran’s pact with world powers – under which Tehran agreed to curb its nuclear program in return for lifted sanctions – describing it as “the worst deal ever negotiated”.

He also said he would not “rip up” the nuclear deal, but that he would “police that contract so tough they don’t have a chance.”

A U.S. State Department official on Sunday described Rafsanjani as a “prominent figure” throughout the history of the Islamic Republic of Iran. “We send our condolences to his family and loved ones,” the official said in a statement.

Rafsanjani’s body was taken to Jamaran prayer hall, the famous residence of the founder of the Islamic Republic Ayatollah Rohullah Khomeini, where many politicians and religious figures gathered to pay their last respects.

A crowd also gathered outside the hospital in northern Tehran where Rafsanjani was first taken.

“Ayatollah Hashemi Rafsanjani was taken to hospital after a heart attack and more than an hour long efforts by doctors to revive him were not successful,” deputy health minister Mohammad Aghajani was quoted as saying by state broadcaster IRIB.

His belief that reforms would help prolong Iran’s Islamic governance contrasted with those of Supreme Leader Ayatollah Ali Khamenei who fears such changes could hasten its demise.

“Attempts by wicked people who tried to take advantage of our differences of opinion never affected his deep personal warmth towards me,” Khamenei said in a statement.

Rafsanjani’s funeral will be held in Tehran on Tuesday. Iran has announced three days of mourning including a public holiday on Tuesday, for Rafsanjani, who was president from 1989 to 1997.

Rafsanjani championed improved relations with Gulf Arab states, was known to have good ties with senior Saudi officials and was seen as a key figure who could have resolved rising tensions between the regional rivals in coming years.