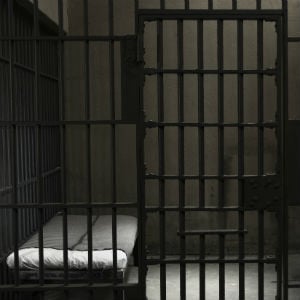 The former chief executive officer of Bank Alkhair, formerly Unicorn Investment Bank, was sentenced to four years imprisonment on Tuesday by The Criminal Court of Bahrain.

The court also sentenced Al-Refai’s associate, Falah Al-falah, to one year in prison for his involvement in misappropriation and dissipation of bank funds.

Majid Al-Refai was terminated from his position in August 2010 after investigations by Price Waterhouse Coopers, Ernst & Young and Latham & Watkins revealed a series of fraudulent and illegal conduct by the former CEO.

In September 2010 Bank Alkhair submitted a criminal complaint against Al-Refai to the general prosecutor of the Kingdom of Bahrain.

Following the review of that claim, the general prosecutor commissioned global advisory firm Deloitte to conduct an independent investigation into the matter.

The report concluded that there were 58 criminal offences committed by Majid Al-Refai and his associates during their tenure at the bank.

The criminal offences relate mainly to transactions by Al-Refai that were not approved by the bank’s board of directors, including personally appropriating and squandering Bank funds; shredding and destroying over 8000 Bank documents and contravening the laws of the Kingdom of Bahrain and the rules and regulations of the Central Bank of Bahrain.

Al-Refai is also facing charges of forgery and money laundering. The former CEO stands trial for forging the bank’s Articles of Association as well as money laundering, fraud and unlawfully soliciting donations.

Following the court’s ruling today, Yousef Al-Shelash, chairman of Bank Alkhair, said: “We are glad that this case has finally been concluded and we can continue to focus our efforts on growing our business.

“Our priority is, and always has been, to protect the interests of all our stakeholders and the long-term future of Bank Alkhair, and we will continue to work diligently to ensure that the Bank is in a strong position to thrive and to achieve its long-term strategic objectives.”