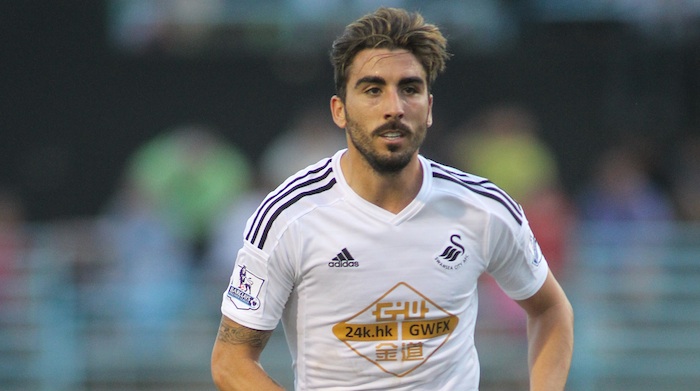 The transfers of the Spanish pair, which are subject to international clearance, comes on the eve of the new Premier League season, with Swansea kicking off the action against Manchester United at Old Trafford on Saturday.

Flores, 27, revealed he would be leaving the club last Saturday, posting an open letter to Swansea fans on his Twitter account.

“I hope this is not a forever goodbye,” the letter read. “Two years ago I came to Swansea with many hopes and dreams in my luggage.

“I have experienced so much these two seasons that, by far, exceeded my expectations. That is why today I am sad to leave a club that has been like a family since the beginning.”

Hernandez, who has four caps for Spain, was a then club-record signing for the Welsh club when he moved from Valencia for 5.55 million pounds ($9.26 million) in 2012.

The 29-year-old was a member of the Swansea team that won the League Cup in 2013, although Flores missed the final through injury. It was the first major trophy in the club’s history.