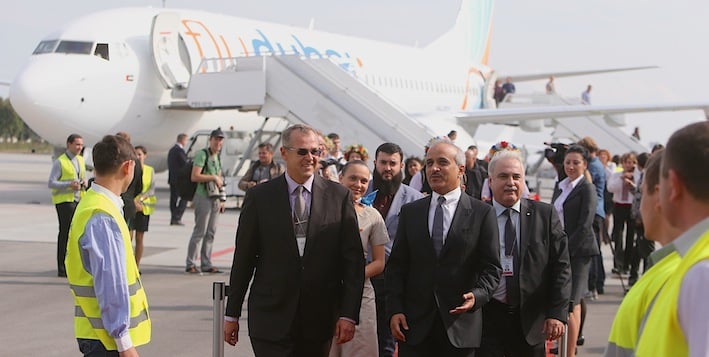 This complements flydubai’s existing daily service to Boryspil International Airport, effectively providing its passengers with double daily services to and from the city.

Business class flights between the two cities will commence on October 28 with return fares starting from Dhs4,320. Turn to page 28 of the September/October edition of Business Traveller Middle East to read an exclusive report on the airline’s premium product.

The airline is also starting twice weekly flights to the southern city of Odessa. Flydubai now operates to four destinations in Ukraine and 66 destinations across its network.

As well as funnelling travellers through the UAE, flydubai is seeing a marked increase in Ukrainians making onward flights to Colombo and Malé.