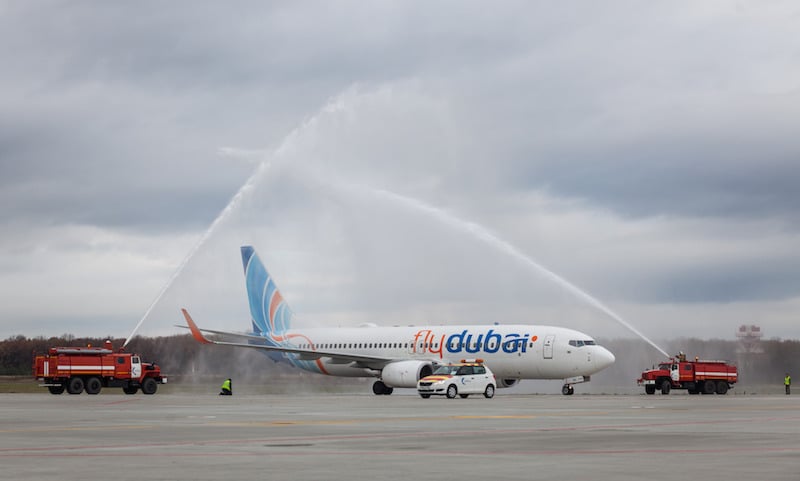 Flydubai has started flights to Podgorica – the capital of Montenegro and three Russian cities including Makhachkala, Voronezh and Ufa in the last week, it announced on Thursday.

The airline’s inaugural flight landed in Podgorica on Wednesday and will continue as a twice-weekly service.

It will also offer a regional connection to Sarajevo, a statement said.

The airline also offered flights to the coastal town of Tivat during the summer.

Meanwhile flydubai also launched flights to Makhachkala and Voronezh in Russia and resumed services to Ufa in the last week.

It has also announced the launch of flights to Sheremetyevo International Airport in Moscow from November 29.

These new routes, together with the increased frequencies from mid-December, will expand flydubai’s footprint in Russia to 11 points and 52 weekly flights.

“The carrier continues to explore new opportunities to service the market while continuing to operate direct airlinks to the remaining points in Russia including Kazan, Krasnodar, Mineralnye Vody, Moscow (Vnukovo), Rostov-on-Don, Samara and Yekaterinburg,” a statement said.

Jeyhun Efendi, SVP Commercial (UAE, EU, ME, CIS) at flydubai, said: “It has been seven years since flydubai entered the Russian market and we continue to expand our footprint in the country. With four additional routes and increased frequencies, we’re offering more options to explore Russia for travellers from Dubai and across our network.”

Flydubai currently flies to over 95 destinations in 44 countries.