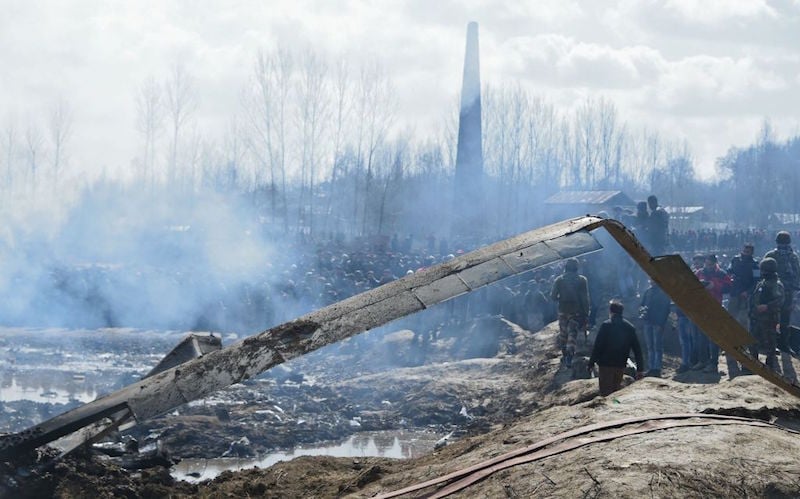 Several flights from the GCC to Pakistan were cancelled after the country closed its airspace for commercial flights on Wednesday, as tensions with neighbouring India escalated.

The country’s Civil Aviation Authority (CAA) tweeted that it “has officially closed its airspace until further notice”.

Flight operations across major airports, including in Islamabad, Lahore and Karachi have been suspended.

On Thursday morning, the CAA confirmed that the shutdown was continuing.

Since the existing NOTAM is effective until 2359 HRS of 28 February 2019, #Pakistan airspace shall remain closed.

Please stay in touch with your airlines for timely update on any further changes.

PCAA regrets the inconvenience to its patrons. ?? Paindabad! https://t.co/X84odwOHfp

Dubai’s Emirates confirmed that flights to Pakistan on Thursday were cancelled.

“Due to the closure of Pakistani and Afghanistan airspace, a number of Emirates flights to/from Pakistan and Afghanistan on 27 and 28 February have been cancelled, a spokesperson said.

“The latest flight schedules can be found on emirates.com. Affected passengers are requested to contact their booking agent or Emirates reservations to rebook their flights or make alternative travel arrangements.

“The safety of our passengers and crew is of the utmost importance and will not be compromised. We continue to monitor the situation closely, and will update our customers as the situation develops.”

Dubai Airports confirms flights to and from Pakistan have been impacted until further notice due to the closure of Pakistani airspace. We are working closely with airlines, control authorities & air traffic controllers to minimise operational impact and customer inconvenience.1/2

Bahrain’s national airline Gulf Air also confirmed that it had suspended flights to and from Pakistan, Reuters reported.

“On 27 February, flights to/from Lahore, Multan and Islamabad are cancelled and all passengers will be transferred to next available flights when the airspace is open again,” it said in a statement.

“Passengers are advised to contact their respective airlines for flight updates,” it said.

“Staff across Abu Dhabi Airports are actively working to support affected guests. Further updates will be made available in due course,” it added.

Pakistan’s CAA also said that several flights had been diverted due to the decision.

#SV796 Flight from Jeddah bound for Bacha Khan International Airport to #Peshawar has been diverted, please check with your airline for further details.

Current flight activity above India and Pakistan vs one month prior. Pakistani airspace is currently closed to all traffic and traffic in India restricted from certain airports.

Pakistani airports will be used for “military purposes”, an official told Dawn News TV, adding that a red alert has also been issued.

The move came after Pakistan said it had shot down two Indian Air Force planes in its airspace on Wednesday and captured an Indian pilots.

On Tuesday, the Indian Air Force said it carried out military strikes on “militant bases” in Pakistan.

The escalation in tensions comes weeks after 40 Indian military personnel were killed in a car bomb attack that was claimed by a Pakistani-based militant group.