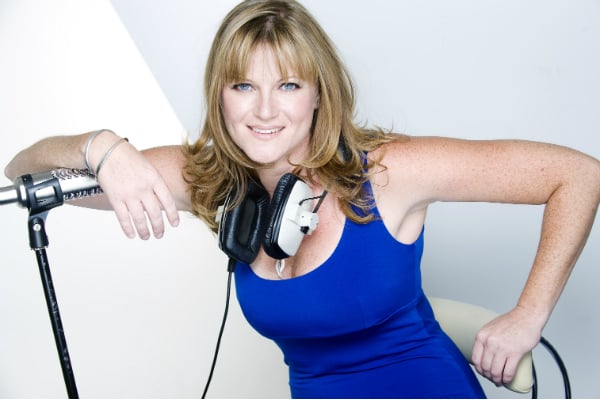 What made you want to rejoin the Business breakfast team?

I always hoped that would be a possibility. I had finished up my studies and was ready to come back. I’d missed broadcasting terribly, I’d missed the show and I’d missed the pace of life in Dubai.

Tell us more about your course

I did a Master’s degree at Victoria University in Wellington. The school I was at is the International Institute of Modern Letters and I did a creative writing Master’s, which I passed with distinction. It’s one of those courses where they get hundreds of applications and they take 10 people for the novel writing course a year. Then you all write a novel – no novel, no Master’s degree.

I gather your novel earned you a mentorship with an international publisher, where do you go from here?

I’m working with one now – they are mentoring me to write the next draft. I’ve also started planning the second novel.

Since you’ve come back to Dubai what are some of the changes you’ve noticed both in radio and in the city in general?

What is actually a bit daunting, is how much more professional it has become. Not to say it wasn’t when I left, but the guys have really raised the bar for the breakfast show. If you listen it’s tighter, it’s smoother and there’s just so much more in it. And we’ve got a lot more resources for it as well. Obviously we’ve now got three presenters, which is amazing because it means we get to go out and create more content – more international meetings, more interviews, producing more features…We’ll get to cover more of the big things that we really need to have a presence at, which is brilliant. Since I came back we’ve got additional producers and a lot more resources are being put into the show. We’re really lucky actually, it’s great.

Can we expect any changes to the line-up or schedule with your return?

No, definitely not. There is going to be three of us, that is the plan.

I gather you were doing some radio work in New Zealand, how does that differ to radio in Dubai?

I was a senior producer on Morning Report at Radio New Zealand, which was really interesting actually. It’s taught me so much. I’m hoping I’ve brought back a lot more skills and experience to this role now. It’s like I’ve been on work experience, just because it’s a much older organisation, Radio New Zealand has been doing this for a very long time. So just learning from their systems and the very well entrenched and longstanding culture that they have of producing brilliant radio, it’s been great.

Finally, Arabian Radio Network has been launching digital stations and other projects recently, what do you see as the future of radio in the UAE?

We are. We’ve tied up with OSN, we’ve been launching digital stations and we’re more and more active on social media, on Twitter and on Facebook. I also engage with a lot of our listeners on LinkedIn because of course they tend to be business people. It’s brilliant to have all those channels, but at the end of the day the core of what we’re doing, I think, still has to be the same, we still have to produce brilliant radio. And whether you are listening to it over the internet or on your mobile phone or stuck in your car for 40 minutes on the way in from Sharjah, it doesn’t matter. It still has to be really good stuff to listen to, it doesn’t matter how you get it.