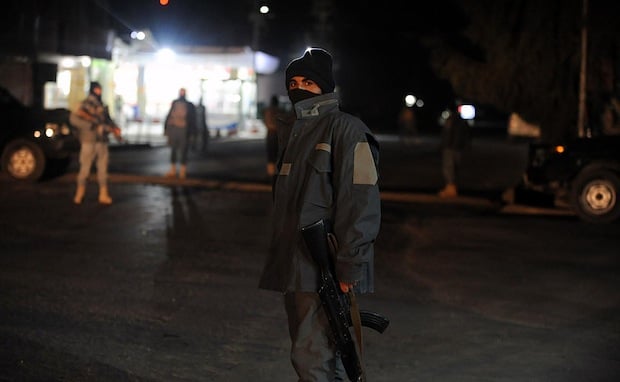 Five UAE nationals were killed in a bomb attack at a guest house in Afghanistan’s Kandahar on Tuesday, which left at least 13 people dead and 17 others injured.

The UAE’s ambassador to Afghanistan, Juma Mohammed Abdullah al-Kaabi, was also injured in the attack.

UAE President Sheikh Khalifa bin Zayed Al Nahyan mourned the death of the men and directed all ministries, government departments and institutions across the country to fly the flag at half-mast for three days.

“There is no human or moral or religious justification for the bombing and killing of people carrying out humanitarian work,” said UAE Vice President and Prime Minister Sheikh Mohammed bin Rashid Al Maktoum.

The attack has been strongly condemned by the Gulf Cooperation Council, with the GCC secretary-general Abdullatif Al Zayani calling it a “cowardly, terrorist act which violates human and ethical values and principles.”

Al Zayani expressed the GCC’s solidarity with the UAE and Afghanistan, adding that the crime took place when the UAE ambassador was undertaking an official humanitarian mission as part of the UAE’s efforts to implement development projects for the benefit of the Afghan people.

A Kuwaiti official added: “This terrorist crime, which targeted the noble humanitarian action and those supervising it, showed again how the menace of terrorism has been targeting mankind and those seeking wellbeing of others,” the official Kuwait News Agency reported.