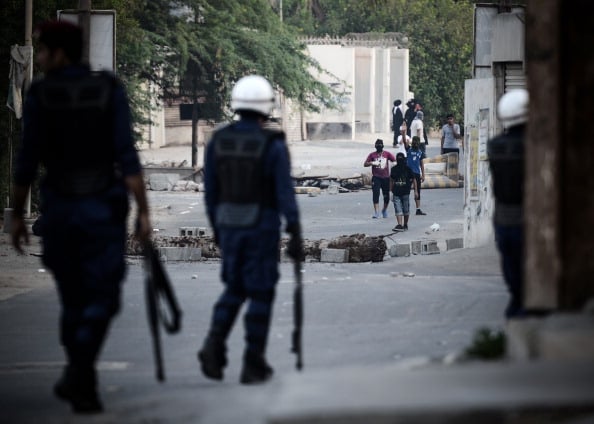 Five Bahraini security officers were injured, two seriously, when a bomb exploded in a village in the north of the Gulf island kingdom that is grappling with renewed pro-democracy protests and attacks on police and the military.

Security officers had confronted a “terrorist group” in the village of Dair, north of the capital Manama, when the homemade device exploded, state news agency BNA quoted an Interior Ministry statement as saying.

All the officers were in a stable condition, BNA said.

Majority Shi’ite Muslims have been demanding more democratic reform from the ruling Sunni al-Khalifa family for two and a half years.

Driven by “Tamarrod” (Rebellion), a loose association of opposition activist groups which coalesced in early July, dozens of rallies were held last week across the country.

Despite crushing the 2011 uprising, Bahrain, home to the U.S. Fifth Fleet, remains a focus of the tussle for regional influence between Shi’ite Iran and Sunni Saudi Arabia.

In July, a homemade bomb killed a policeman in the Shi’ite village of Sitra, also north of Manama, in clashes during an attack on a police station, the Interior Ministry said.