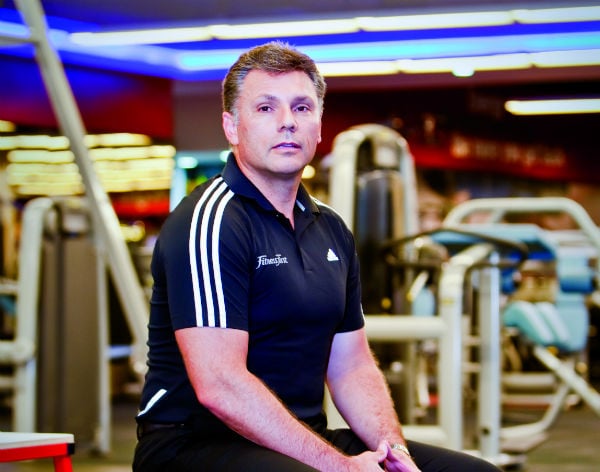 “You have to live the business,” George Flooks says, working the bicep curl machine without as much as breaking into a sweat. As the COO of Fitness First across the Middle East, Flooks has been flexing his muscles in the boardroom as well, opening 13 new clubs in the last eight months alone.

Bearing in mind that he’s been in the region for only 15 months, that’s quite an achievement.

He brushes aside the compliment as if he’s not quite proven himself yet, “We also plan to expand our network of branches to 15 more by June 2013, while reaching a total of 80-100 clubs in the next four years.”

The chain that currently operates in the UAE, Saudi Arabia, Bahrain, Jordan and Qatar, also aims to open in Kuwait. This will become the sixth Middle Eastern country where Fitness First is actively present.

“We will remain focussed on the UAE. Despite volatility in the region, we believe that this economy remains buoyant,” Flooks adds.

As we stroll past the exercise bikes and elliptical trainers, Flooks adds that Fitness First Middle East – which is a franchise of the world’s largest privately owned health club group and a member of the Landmark Group – will continue its aggressive expansion.

“Part of our strategy is to be within five minutes of everyone’s home or office.”

Would that not be an overdose of the already ubiquitous club, or worse still peg Fitness First as a monopoly in the fitness sector?

“Not at all,” Flooks says confidently. “People want to see more of us.”

The COO intends to enhance the allure of Fitness First to these very people with the introduction of new fitness programmes such as TUFF, weight management, outdoor training, group PT and fitness challenges, and by opening the largest cross-fit studio in the Middle East at the Knowledge Village Club.

It’s no surprise then that Flooks has been put in-charge of the strategic direction of the business, creating his own model for pricing, programmes and services.

But fitness – as any weightwatcher will tell you – is ridden with challenges. The biggest challenge that Flooks anticipates for Fitness First in the Middle East is to find the right quality of people, as “the talent pool is small.” This has not however deterred him as he goes on to say, “We still plan to hire between 300-400 people in the coming months across the region.”

Fitness First currently employs over 1000 people in the Middle East.

The British national is nonchalant about competition as well, saying that, “Fitness First is its own competitor.” He does acknowledge that regional turmoil has made doing business difficult in certain countries. “For instance, we would’ve loved to enter a market like Egypt, but cannot at this point in time.”

Flooks, who’s been in the fitness business for 25 years, really does walk the talk, saying he exercises five times a week at all the Fitness First clubs, while also cycling and playing football during his free time.

Does he make it compulsory for his employees to follow suit. “No, but I do keep tabs. I’m determined to reduce obesity levels in the Middle East and make it a fitter place,” he says, before asking me how many times I work out in a week. As I jog my memory in hopes of a satisfactory answer, he tells me I must join the club.

“You’ll love it,” he says, letting me on to the secret of Fitness First’s ever-widening membership base of one million worldwide and 60,000 in the Middle East.