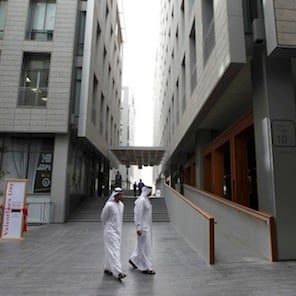 First Gulf Bank, the second-largest lender by market value in the United Arab Emirates, has signed a three-year $900 million loan with a group of international lenders, the bank said in a statement on Tuesday.

The senior unsecured facility, priced at 130 basis points over the London interbank offered rate (Libor), was increased from the original $800 million amount because of demand from banks wanting to join the deal, FGB said.

“In our continuous efforts to strengthen the balance sheet and deliver a superior financial performance, FGB aims to utilise the facility to finance the expansion of the existing operations as well as new business opportunities globally,” Andre Sayegh, CEO of FGB, said.

The bank, majority-owned by Abu Dhabi’s ruling family, raised $650 million from the bond market at the beginning of October.

Last month, FGB reported a 15 percent jump in third-quarter net profit, following on from a 14 percent net profit rise in the three months to June 30.