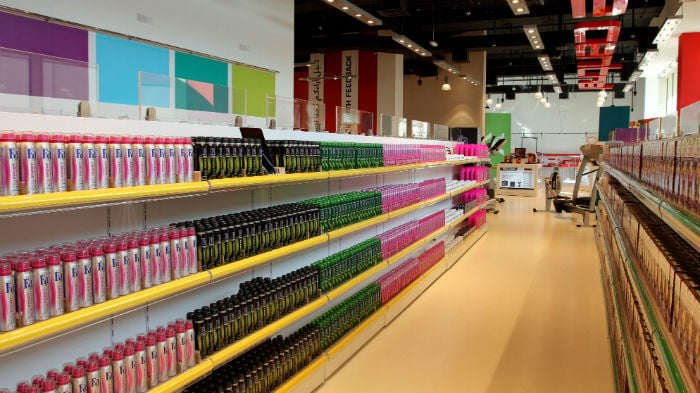 Sample Central, a new retail concept that offers members the chance to take home retail products for free, has opened its first store in the Middle East, in Dubai Festival City.

The store follows the ‘tryvertising’ (combination of try-before-you-buy and brand advertising) model, where members try products for free in return for their feedback through a questionnaire.

Annual membership in the UAE costs Dhs100, and products available include fitness equipment, electrical goods, food and cosmetic items. The store has a product-changeover every 14 days, and while some items need to be tested in store, the FMCG products can be taken home.

Although new to Dubai and the Middle East, the concept has been well-received by brands and customers in the region, said Anthony J James, founder and CEO of Sample Central.

In the four weeks since the store has opened, it has managed to register around 2,000 members, and almost 8,000 products have been tested, he told Gulf Business.

“The brands have openly welcomed this new model especially as they see it as our launching point into other GCC markets, because some of the other markets have a big difficulty in getting an understanding of real consumer insights,” he said.

“So every brand has said that they are extremely keen to participate in those sort of markets like Saudi Arabia, Qatar, Egypt and Northern Iraq,” he added.

However, despite interest from brands in the region, it’s not always easy to persuade them to participate in the concept, said James.

“It’s still a lot of work to convince brands because you are still breaking through the traditional vehicles that they have had for many years.

“But we don’t see ourselves competing with either with consumer research or traditional advertising; we sit in the middle,” he added.

On the research side, the company is co-operating with the Nielson group, who are introducing Sample Central to their brand and clients. The store also works with advertising agencies to become inclusive of an entire ad campaign.

“The questionnaires that we provide to the consumers could be about the product, or it could be about the point of sale material, merchandises, about anything, including TV ads. So brands could also get their ad campaigns better by getting quality consumer insight,” he said.

Sample Central, which was launched in Japan in 2007 and has a presence in 20 countries, has no competitors across the world currently, according to James.

“While giving away everything for free sounds easy, it’s very complicated,” he said.

“We have had copies come up around the world, but none of them have lasted very long because we are the pioneers of this concept and even we spent three years getting our revenue model right.”

While James stressed that the company keeps its revenue model “very close to our chest,” he revealed that most of the money comes from the brands, with membership fees adding further income.

Going ahead, James is confident that GCC consumers will adapt to the sampling model.

“So far, we are attracting the upper socio-economic classes the A,B,C, C1, C2, who like this model because they want something new and different, they have got great access to information through all their mobile devices and they are influencers and trend-setters.

“So the signs indicate that we are going to be successful,” he said.