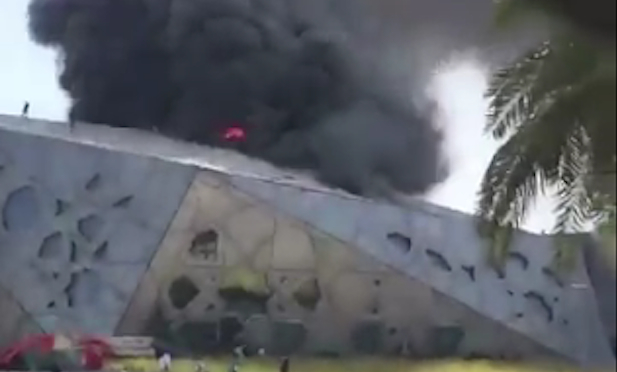 Firefighters on a crane sprayed water onto the building, a structure covered with geometric Islamic patterns.

In a statement later in the day, the centre said the fire had been contained with no casualties. The blaze hit the roof of the complex building, away from the theatre and music buildings, it added.

The musical “Cats” was due to open at the complex on Thursday, and the centre’s statement said events and activities there would continue uninterrupted.rding to the centre’s website.