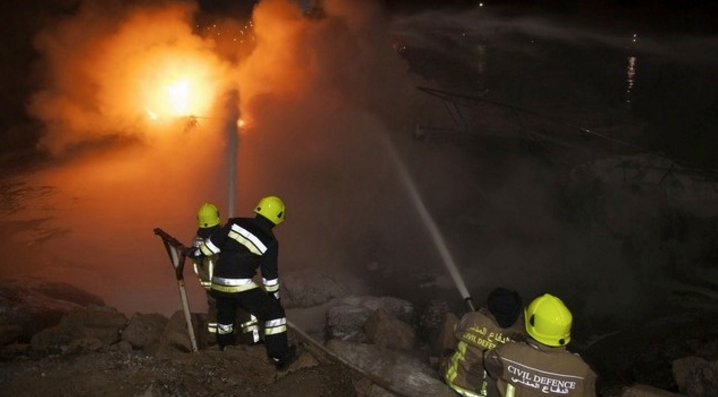 Investigations are underway to determine what caused the fire at Abu Dhabi Marina Yacht Club on Monday, officials have said.

The fire broke out at dawn in two boats and engulfed six other moored boats in the marina, official news agency WAM reported.

Abu Dhabi Breakwater firefighters managed to stop the flames from spreading to 211 boats and 23 jet skis in the area.

No deaths have been reported.

He also called on yacht-owners to abide by public safety rules and avoid such incidents, reported WAM.