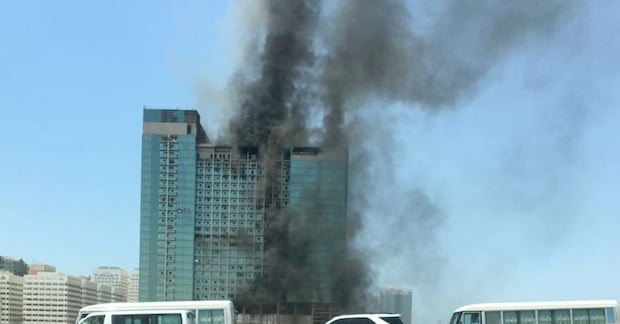 Fire swept through a 28-storey skyscraper under construction in Abu Dhabi on Tuesday and injured 13 people, the latest in a series of blazes to hit tall buildings in the UAE over the last 18 months.

Thick black smoke billowed from the top 20 floors of the almost-completed commercial building in the UAE’s capital. Firefighters, overseen by helicopters, were working to put the blaze out two hours after it started, witnesses said. 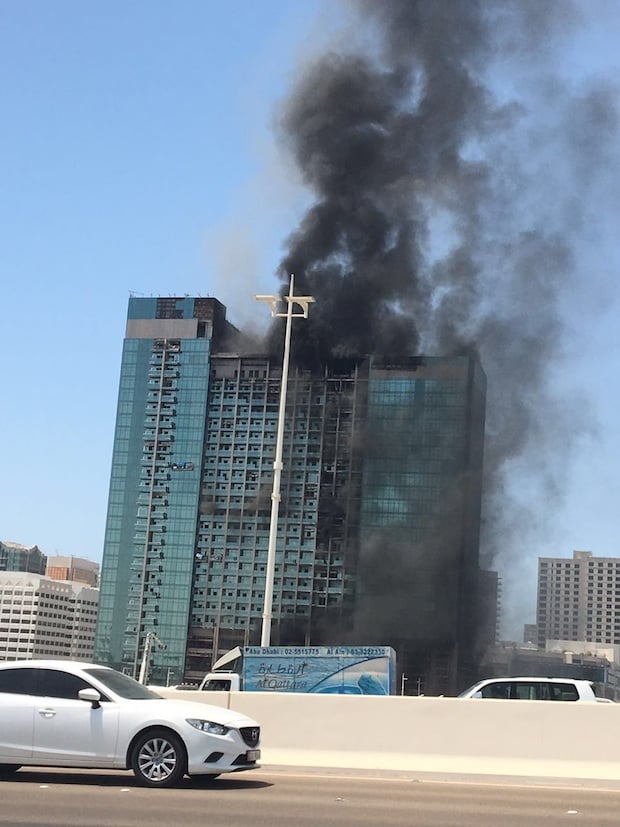 Civil defence personnel helped construction workers in the building, as well as guests and staff at an adjacent luxury hotel, evacuate with no serious injuries, the witnesses said.

Ten of those injured were civil defence and other emergency personnel, according to a statement carried by state news agency WAM.

The WAM report quoted the head of Abu Dhabi’s civil defence department as saying that investigations to determine the cause of the fire were still in progress.

Early this month, a fire damaged part of a multi-storey building under construction in Dubai. In July a fire broke out in the residential 75-storey Sulafa Tower in Dubai’s upscale Marina District, while on New Year’s Eve a blaze hit a Dubai hotel and in February 2015 there was a fire at a 79-storey residential tower in the emirate.

In some of those cases, experts said the flames may have been encouraged to spread by exterior cladding, used for decoration or insulation. The UAE revised its building safety code in 2013 to require that cladding on all new buildings over 15 metres (50 feet) tall be fire-resistant; but older buildings are exempt.