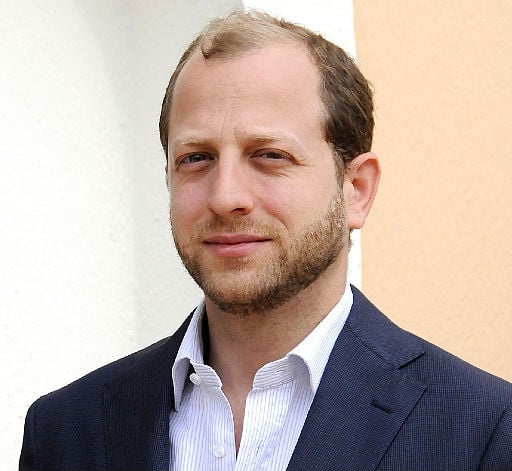 “Airlines have been capital-destructive for their shareholders” or so is the word on the street. The perception is not wrong as airlines globally have historically made returns well below the cost of capital to owners and are still only generating a miserly net profit margin of approximately 1.8 per cent on a combined turnover of $708 billion. However, the landscape and maturity of the airline industry appears to be at a crossroads.

Since the US authorities kicked off a wave of deregulation in the 1970s, new business models have emerged such as the Southwest Airlines inspired Low Cost Carrier (LCC) concept or the quality-focused Emirates of this world, whilst a majority of the legacy carriers restructured and consolidated (a process that is still on-going in certain regions) allowing them to more effectively compete in a liberalising market place. According to the latest statistics supplied by the International Air Transport Association (IATA), three billion passengers were transported by commercial airlines during 2012 and 46.5 million tonnes of freight was airlifted.

Perhaps a relatively less well-known commodity is the actual aircraft passengers fly on which are the work horses of any airline. The global trend is for investors to look more closely at the aircraft as collateral versus the operator of the equipment. According to Ascend, a highly regarded aviation consultancy, commercial aircraft have over the past 20 years returned on average 6.2 per cent on an unlevered basis to aircraft owners with the lowest standard deviation on return volatility compared with airlines or other market indices such as shipping or the S&P500; in other words if you had invested $100 in a portfolio of commercial aircraft in 1991, your portfolio would be worth $376 currently while sleeping well at night.

In fact, aircraft are mobile assets that can be moved from one market to another depending on supply and demand, which is not the case for real estate, for example. Across the board, excluding a few exceptions, aircraft have a predictable value retention and inherent revenue generation capability, which cannot always be said for the shipping industry where a flurry of shipyards have been flooding the market with vessels that the current economic environment is unable to utilise. On this point, the long-standing duopoly between Airbus and Boeing on the supply side should provide investors with the comfort that the barriers to entry are high for these very capital and R&D intensive long-term programmes.

Moreover, aircraft owners and financiers have the benefit of not being directly exposed to the volatility and short term blips in the markets as the airlines are the ones bearing the brunt of industry shocks including natural, political, social and economic events (oil price, SARS, Arab Spring). On average, air passenger traffic has doubled every 15 years since the 1970s despite occasional corrections.

The Middle East region and notably the GCC represent a great opportunity for regional investors to put a portion of their vast reservoirs of liquidity to work. Passenger traffic in the MENA region has been growing at a double-digit annual rate over the last decade and is forecast to be one of the fastest growing markets globally in the foreseeable future with annual passenger growth of 6.4 per cent.

The strong regional GDP growth, the lack of alternative modes of transport over long distances, the strategic geographic location of the various hubs, the high propensity to travel amongst the indigenous population and expatriates coupled with the various successful airline business models has triggered a large buying spree by the region’s carriers.

It is conservatively estimated that the capital expenditure requirements of Emirates, Etihad, Qatar and Saudia will require an average of $15bn+ per annum in new aircraft deliveries in the next five years out of a global figure of $100 to $125 billion. We then have to add the other players including the aircraft leasing community and other refinancing obligations.

Based on this large order back-log, GCC financial institutions should be looking to develop home-grown solutions for the region’s airlines. The current active players are essentially limited to a handful of commercial banks looking to support their respective flag carriers.

There is a need to deepen the pool of capital by bringing in other institutions, still, perhaps, sitting on the fence, including sovereign wealth and pension funds as well as insurance companies, which should look at aircraft assets as a great way to diversify their investment strategy, match their US Dollars assets and liabilities and hedge against inflation. The format predominantly used to channel funds to airlines has been “plain-vanilla” senior secured financing; however, there is clearly a growing appetite for more risk within the capital structure in order to make up for lower yields. Investors are getting more sophisticated and creative and there is a need to build on that.

Mezzanine or junior financing, which is, effectively, similar to senior secured debt but subordinated in the waterfall and security, is an alternative instrument to provide financing to airlines. At Novus, we have recently launched an initiative called Tamweel Aviation Finance (TAF) in partnership with Airbus and the Development Bank of Japan, in response to a particular requirement of airlines that are seeking additional liquidity from their aircraft assets. Moreover, the GCC capital markets are still pretty much untapped when it comes to aircraft investments. In comparison, US airlines have actively used the capital markets to finance their aircraft deliveries by issuing $25 billion in financing instruments over the past couple of years.

There is no reason for the various local stakeholders not to develop the necessary framework to replicate a similar market modelled on the Enhanced Equipment Trust Certificate (EETC) which is essentially a bond secured by a pool of aircraft as collateral issued by an airline. An idea could be to marry an aircraft-backed product for local carriers, funded by the rapidly growing Islamic investor base. Dubai has recently announced its intention to become a top centre for the issuance and trading of Islamic bonds; this is an opportunity to create an active market to match airlines in need of capital with investors looking to invest.

The other area worth exploring is the development of local “Aircraft-REITs”, be it private or public fixed income trust funds whereby investors, including the retail market, invest into a portfolio of aircraft on operating lease to different lessees and receive a dividend yield on a recurring basis from the rent payment received from the underlying airline leases.

The region is witnessing tremendous growth in traffic resulting in a record order backlog that will require substantial capital to be made available to airlines across the region. Investing in aircraft is an attractive asset class with an appealing risk/reward that GCC investors and financial markets should not ignore anymore. The check-in desk is open.