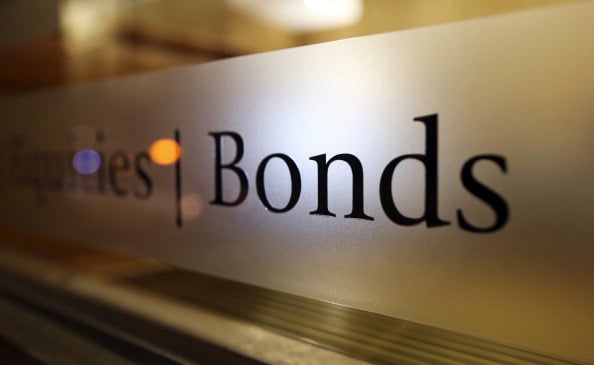 As oil prices plunge to four year-lows, the big news in the Gulf’s debt market is that it is outperforming most of the rest of the world – a testament to investor faith in the region.

Oil and gas production account for nearly half of economic output in the six Gulf Cooperation Council nations, some three-quarters of exports, and an even higher ratio of state revenues.

So if Brent crude stays near $80 a barrel for most of next year, down from $115 in June, the state finances of the Gulf’s oil exporters will suffer. Saudi Arabia may even post a budget deficit; the International Monetary Fund has estimated it will need an average oil price of $91 to break even next year.

But Gulf bond prices have mostly been firm since June, for two reasons. One is that most investors and economists think the big Gulf Arab economies are not seriously under threat; they have amassed huge financial reserves that could sustain spending for years to come, they have tiny public debt, and their private sectors have been growing strongly.

Also, Gulf funds and investment institutions have large amounts of free cash – the result of the region’s economic boom – which they are happy to use to buy local bonds whenever foreign investors are tempted to sell.

The result is that Gulf bonds are actually viewed as defensive plays by some international investors, even though the region is heavily exposed to oil prices and the scene of a fair amount of geopolitical instability.

“I like Gulf bonds very much, and do think that they are a great defensive instrument for an EM bond portfolio,” said Sergey Dergachev, senior portfolio manager for emerging market debt at Union Investment Privatfonds in Germany, which has about 10 billion euros in emerging market debt under management.

Ironically, the Gulf credits that may be most vulnerable in coming months, some investors say, are from Dubai, which does not have a major oil industry. That is because the strong recovery of Dubai’s real estate sector and economy over the past two years has left its bonds richly valued.

The oil price decline has caused some volatility in Gulf financial markets. Saudi Arabian petrochemical shares have tumbled, and unusually large outflows are being seen in the Saudi foreign exchange market, causing the spot riyal rate to trade beyond its peg of 3.75 to the dollar and the riyal to drop in the forwards market.

But prices in Gulf currency forwards, and credit default swaps, do not show market pressures coming close to levels hit in 2008, when the global financial crisis triggered a much bigger plunge of oil prices.

Gulf bonds are outperforming. The S&P Middle East and North Africa bond index is up 1.64 percent so far this quarter, compared to a negative return of 1.56 percent for the S&P/Citigroup International Treasury bonds ex-U.S. Index.

The spread of Abu Dhabi’s dollar bond maturing in April 2019 against U.S. five-year Treasury bonds is now 30 basis points, a widening of only 9 bps since June – a minor move compared to bonds in many emerging markets.

Fund managers say only a small amount of foreign money has been withdrawn from Gulf bonds since oil began sliding, and that is mainly in response to geopolitical events – such as the rise of the Islamic State militant group – rather than economics.

This selling has been easily offset by fresh inflows of money from cash-rich local funds, who are more likely to hold on to paper for the long term, reducing its volatility.

But S&P currently does not have a negative rating outlook on any of the GCC countries, and most investors are still calculating that compared to economic stresses elsewhere in the world, the threat to Gulf credit ratings is not significant.

The oil price slide is very bad news for the state finances of one small GCC country, Bahrain, which was running a budget deficit even when oil was high.

“The pressure point is strongest on Bahrain as it has the highest oil price assumption to balance the budget, it is running out of oil first and probably has the most pronounced social and political challenges. We will have to assess what the reaction of the government will be in terms of policies,” said Moritz Kraemer, S&P’s chief sovereign ratings officer.

But because of Saudi Arabia’s strong financial and political support of Bahrain, many investors do not see major risk. The yield on Bahrain’s 2023, $1.5 billion bond is at 4.35 percent, down 23 bps from its June peak.

Even the bonds of Gulf oil producing companies still look attractive to many investors, partly because many of the firms are perceived to have potential backing from their governments.

If the Gulf does not face a systemic crisis due to oil prices, relative valuations become important – and here Dubai’s bonds look vulnerable to some.

That is because its debt has performed spectacularly in the secondary market this year, pushed up by its high-profile trade and tourism boom, and by progress in restructuring debt at state-linked firms – property developer Nakheel, for example, made the dramatic gesture of repaying all its $2.15 billion of bank debt as much as four years early.

That means Dubai could have the most downside if the oil price drop heralds a new period of global economic weakness.

Dubai is an open economy which is dependent on global trade, whereas Saudi, Qatari and Abu Dhabi credits should weather any global storm quite well, Dergachev said.

Another factor that many threaten Dubai more than other GCC economies is any rise of U.S. interest rates. All GCC countries would raise rates in response because of their currency pegs to the dollar, but Dubai, with its economy heavily dependent on the real estate sector and its government and state-linked firms facing some $85 billion of debt maturing in 2015-2019, might find that particularly painful.