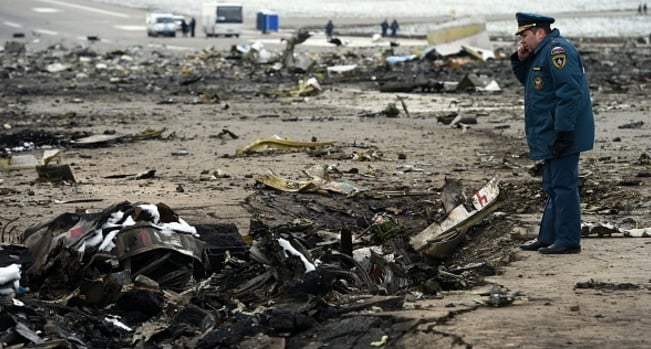 Russian investigators have released their final report on the fatal flydubai crash in 2016 at Rostov-on-Don that killed all the 62 people on board.

The report by the Interstate Aviation Committee (IAC) stated that an incorrect aircraft configuration and pilot error were the main factors that led to the accident.

“The fatal air accident to the Boeing 737-800 aircraft occurred during the second go around, due to an incorrect aircraft configuration and crew piloting, the subsequent loss of pilot in command’s situational awareness in nighttime,” the report said.

“This resulted in a loss of control of the aircraft and its impact with the ground,” it added.

Flight FZ 981 jet, who took off from Dubai, crashed at Rostov-on-Don airport in southern Russia on March 19, 2016, during its second attempt to land. All the 55 passengers and seven crew members on board died.

* The crew’s uncoordinated actions during the second go-around

* The psychological incapacitation of the pilot in command that resulted in his total spatial disorientation, did not allow him to respond to the correct prompts of the flight officer

* The possible operational tiredness of the crew

Ghaith Al Ghaith, CEO of flydubai, said the airline acknowledged the report’s conclusions and recommendations. “We have taken our obligations seriously and have implemented additional actions above and beyond those identified in the final report,” he said.

He stressed that the airline made “proactive operational enhancements to both simulator and classroom training to reinforce awareness and enhance understanding of spatial disorientation”.

“Furthermore, flydubai made additions to the manufacturer’s standard operating procedures and manuals. All pilots have been trained on these enhancements which exceed regulatory requirements,” he stated.

At the time of the accident, flydubai was fully compliant with all regulatory requirements, Al Ghaith said.

“Since the accident, our priorities have been to support the bereaved families, to conduct a thorough review of our internal processes and systems, and to support the work of the investigator in-charge. The pursuit of safety enhancements remains central to our operations.

“It is the priority of the industry to understand all possible factors contributing to such a tragic accident and ensure critical insights that can make aviation safer are shared,” he added.

In terms of compensation, Al Ghaith said majority of the claims have been settled.

“Flydubai’s aim has always been to fairly compensate those who have been impacted by the loss of loved ones following the accident involving FZ 981. We have now settled the majority of claims and it remains our priority to complete this process. We recognise this is a poignant moment for the families and our long-term care team remains available for as long as they need.”