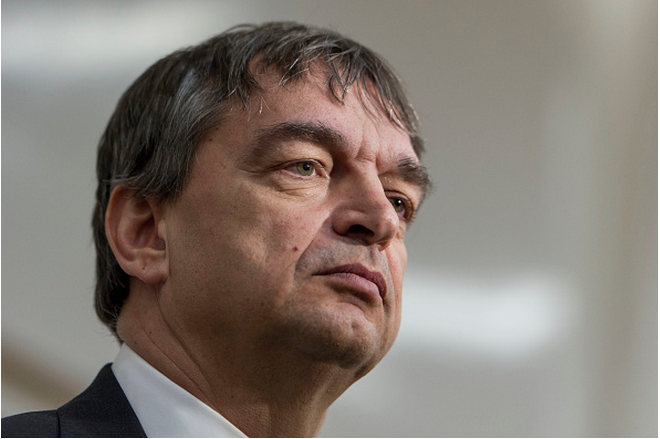 The United States must host the 2022 FIFA World Cup if Qatar’s bid is proven to have been corrupt, the football governing body’s presidential candidate Jerome Champagne has said.

“If it had to be reconsidered, there should not be another vote but we should apply the IOC (International Olympic Committee) jurisprudence, give the gold medal to the silver medalist,” he told French radio station RTL.

“But once again, the presumption of innocence must benefit Qatar, too,” he added.

Qatar has been accused of bribery charges over its winning bid to host the tournament and is currently being investigated by Switzerland’s attorney general. However the Gulf state has denied all the allegations.

FIFA officials had also confirmed that the event would be moved to the winter months to cope with the hot weather in Qatar.

However, Champagne has said he would aim to push the event to the late European spring if he is elected head of FIFA next month.

“If I am elected president I will re-open the issue of the dates of the tournament in Qatar because I want to defend not only the European leagues, but football around the world,” he toldReuters.

“I think it is very important to send a signal to the Arab world today, that you are part of us, the football civilization, especially now.”

The former FIFA deputy general secretary is one of five candidates standing for presidency at next month’s election following the suspension of Sepp Blatter.