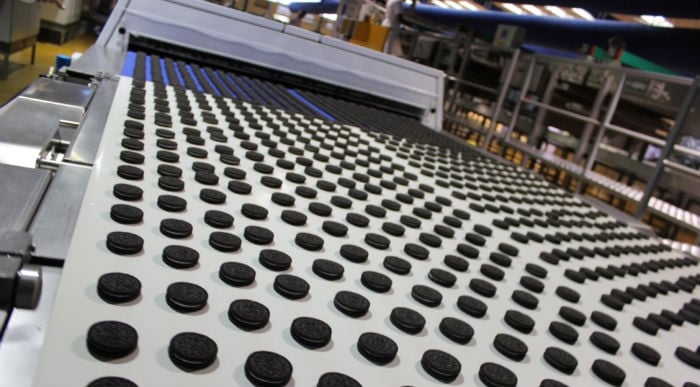 Consumer spending on food in the GCC is expected to reach $106 billion in the next five years, according to a new report by management consultancy AT Kearney.

Food is the largest segment of consumer expenditure in the region and stood at $83 billion year-end 2012, 28 per cent of the total spend, the report found.

The value of food consumption in the UAE alone is expected to have reached Dhs28.2 billion in 2012, and is forecast to hit Dhs32.6 billion in 2013, according to Hamad Buamim, director general, Dubai Chamber of Commerce and Industry (DCCI).

“UAE food consumption has risen considerably in recent years and is projected to grow in line with rising populations and affluence. This presents a number of opportunities within the food sector,” he said in a statement.

Signs of expansion and growth in the food industry were evident during the recently held Gulfood exhibition in Dubai, which drew massive crowds and interest from regional and international players in the industry.

“The GCC is very exciting for us for many reasons — an affluent population, low per capita consumption in almost everything [per capita chocolate consumption in the region is 800 grams versus 12 kilograms in the UK] and a really young consumer base who will be coming into the marketplace soon,” said Vishal Tikku, area director, Middle East for Mondelez International (formerly Kraft Foods). “So the opportunity here is fantastic.”

Last year, the multinational giant, whose brands include Toblerone, Cadbury Dairy Milk, Oreo and Tang, announced an 8,500 square metre expansion of its Nabisco Arabia plant in Dammam, upping production from 10,000 tonnes to 25,000 tonnes.

Following the expansion, the plant, which manufactures Oreo, Ritz crackers, and Belvita biscuits, had a total capital investment of around SAR60 million.

“In overall global operations, the GCC roughly accounts for around four per cent. But it’s a growing market that offers you growth and profitability as an organisation because if you give the consumers a good product, they are willing to pay you for it,” said Tikku.

“It is also a market that is gradually developing in terms of sophistication — which means that there is big opportunity here for coming, growing and innovating,” he said.

The Middle East currently contributes to about 10 per cent of the multinational’s total revenues, but that share is expected to increase in the future, said Larsen.

“We are continuously investing in capacity expansion in our manufacturing unit in Jeddah and other units across the Middle East,” he added.

While companies are investing heavily in the region, the phenomenal prospects also mean that they face stiff competition.

“There’s no magic to it. You deliver what the consumer needs, and you deliver it to them at a good price,” he said.

Being an international and well-established brand also helps to beat rivals, added Larsen.

However, Fawaz Masri, owner and managing director of Dubai-based Notions Group, believes that being a regional company has its advantages.

“We are a much simpler kind of operation so we take quick decisions. We see where the trends are and reflect them immediately, thus giving us flexibility,” said Masri, whose company manufactures Chocodate, Ronda chocolates, XL and Fiesta brands of potato chips, Amigo tortilla chips and a range of gourmet chocolates.

“Multinationals, on the other hand, have to respect the international market scenario which slows their decision making,” he said.

The company also faces no competition from international firms for its most popular product, Chocodate, which was created in 1991 and enjoys a 90 per cent marketshare for its range in the region.

“Regionally, other companies have tried to imitate us and create their own versions of chocolate-covered, almond stuffed dates, but unfortunately for them, they couldn’t come up with the same combination,” said Masri.

The company is also in talks to export Chocodate across the world, he revealed.

“At the moment, we export Chocodate to around 35 countries. But our intention is to go everywhere. We are currently in talks with the US, UK, Japan, Canada, Russia, China, Iraq, Sudan, Yemen and Brazil,” he said.

“We are holding talks across the world and trying to find the right partner because the product requires a special way of introduction in the market,” Masri added.

To accommodate future demand and growth, Notions Group is currently investing about $10 million in expanding its manufacturing units in Dubai and Saudi Arabia. Both the facilities are expected to be ready by the end of this year.

Another regional bellwether, Saudi-based Aujan Group, also announced that it is planning to focus on expanding in international markets.

“Rani and Barbican are the number one brands in the Middle East and we want to accelerate the growth that we have seen in this region, which is very dynamic,” Roland Ebelt, the general manager of Rani Refreshments told Gulf Business.

“But beyond this, there is also the international market. We have seen that having fruit pieces in juice is extremely appealing in Asia and Africa and our aim is to expand in those markets.

“In all these markets, Coca-Cola is already sold through a local butler on the ground and we are looking at partnering with them to help us expand,” he added.

Predictably, experts foresee a healthy future for the industry.

“The region’s food sector is going to see double digit growth, around 10 per cent,” said Masri.

“The industry will continue to grow in the next 10 years and competition and prices also — must — and will increase,” he stated.