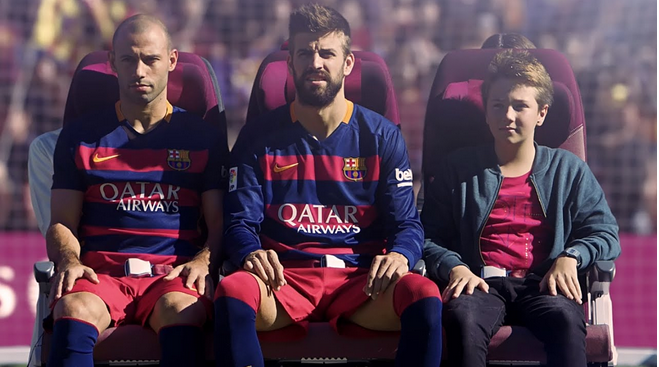 FC Barcelona bosses are said to have arrived in Doha to re-negotiate the club’s sponsorship deal with Qatar Airway.

The reported arrival follows the announcement that the airport the airline manages – government-owned Hamad International – had signed a ‘platinum’ sponsorship deal with European rivals Bayern Munich.

It is believed the new deal will not modify the government-owned carrier’s intentions to continue as Barcelona’s sponsor.

In October, talks to renew Qatar Airways’ sponsorship of the club were postponed due to differences over pricing.

The Catalonian club are reportedly seeking a deal with Qatar Airways worth an estimated $290m over four years, as they look to extend the current agreement with the airline beyond the 2016/17 season, which expires in June.

Bayern Munich held its winter training camp in Qatar for the sixth time this year, a move that has led to criticism in Germany over the Gulf state’s human rights record, including migrant worker deaths related to the building of its world cup stadiums.

Qatar, holder of the world’s third-largest natural-gas reserves, was awarded the 2022 World Cup, despite the fact that it has never qualified for the finals, has little established soccer infrastructure and boasts summer temperatures that can reach 50 Celsius.

The tournament has since been shifted to winter to ease conditions for players.

FIFA presidential candidate Jerome Champagne said this week that he would seek to move the tournament to late European spring if elected and would even consider handing it to the United States should allegations of corruption, that Qatar denies, prove correct.