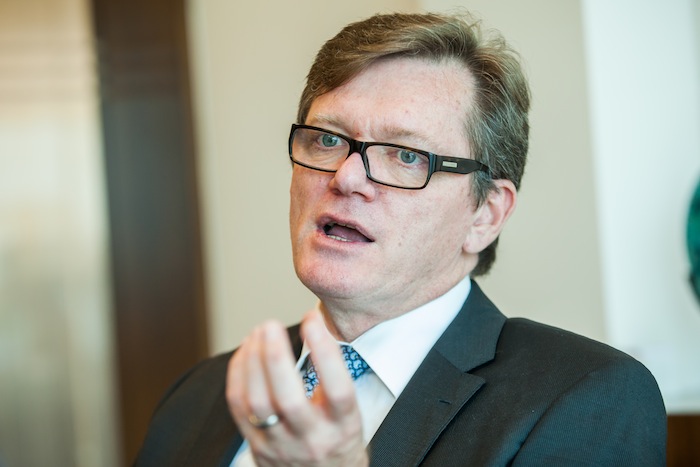 “Fiscal reserves of countries such as Saudi and the UAE are very strong and I expect spending to continue over short to medium term,” Nelson told reporters at an event.

“I think, if there is a long term fall in oil prices, then they will have to adjust their fiscal positions. At this stage, I do not see any relaxation in spending.”

Crude prices, which lost more than 60 per cent in their values since June, have staged a temporary recovery over the last few weeks.

Ratings agency Standard & Poor also lowered the outlook of several oil producing countries, citing an impact of the price fall on their economies.

However, many experts say that the impact of the price drop on Gulf countries will be not be monumental due to the massive fiscal reserves in the region.

“I think one of the main issues of (low) oil prices is low liquidity and banks have to be careful in managing their liquidity in conjunction with the overall growth and liquidity,” Nelson said.

“But the position of banks in Dubai is much stronger than during the financial crisis and if you look at the liquidity management of banks in the UAE, they have improved dramatically.”

Nelson added that Emirates NBD, which is also Dubai’s largest lender, expected to see loan growth of five to seven per cent this year, roughly close to the amount it posted in 2014.

The lender’s net profit for 2014 was up 58 per cent, reaching Dhs5.14 billion while net interest income rose 17 per cent to reach Dhs9.5 billion.

In an effort to expand its corporate lending base and into the commercial cards market, Emirates NBD also launched its first ever corporate credit card in partnership with Dubai Multi Commodities Centre (DMCC) on Wednesday.

The partnership will provide Emirates NBD access to almost 9,900 DMCC members and will help it tap into the $16 billion commercial card market in the UAE.

As per the deal, the bank will provide advanced commercial payment solutions for DMCC members to pay their fees and other charges online or at designated countries.