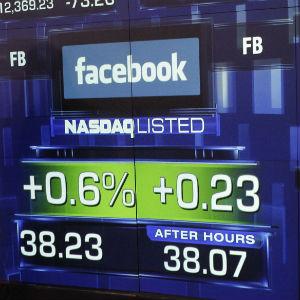 Facebook, the world’s biggest social network, is to open an office in Dubai by the end of the month, according to local sources.

The company is believed to be making a new base in Dubai Internet City following their listing on the Nasdaq stock market last week in what was the biggest technology IPO in history.

Sources close to the matter said the move by the California-based company is aimed at attracting more advertisers from the GCC region. The official launch date is said to be May 30 this year.

Facebook has had a turbulent week following its public offering. Stock fell nine per cent on Tuesday closing down at $31, a big drop from its IPO price of $38.

Shares began trading on Friday but failed to meet high expectations for the launch and closed just 23 cents up by the end of the day.

Shares then fell 11 per cent on Monday to $34.03 ashare, wiping $11.5 billion off its value amid mounting criticism of how the IPO was structured.

It is now believed regulators have launched inquiries into whether some traders were warned of the company’s weakening financial projections, leading them to dump shares just as buying went public.

According to the Los Angeles Times, Morgan Stanley, the lead underwriter for the listing, is under fire for informing chosen clients that the bank was cutting its revenue estimates for Facebook.