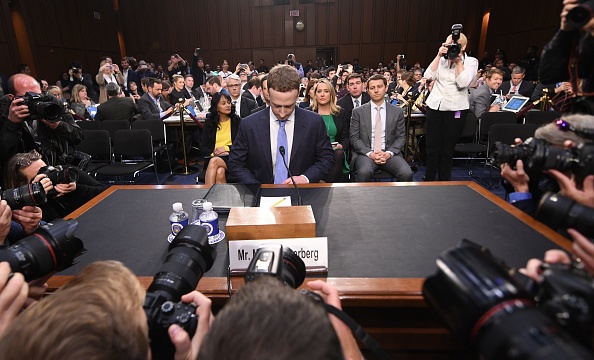 Facebook CEO Mark Zuckerberg has warned of an online propaganda “arms race” and vowed to fight election interference in five hours of testimony to the United States Congress.

The billionaire’s words followed a scandal involving British consulting firm Cambridge Analytica, which harvested the data of 87 million Facebook users without their permission.

Facebook has also been accused of allowing its platform to be used by foreign actors including Russia to foster division and influence elections in the US and Europe.

“The most important thing I care about right now is making sure no one interferes in the various 2018 elections around the world,” Zuckerberg said under questioning.

The Facebook CEO said one of his greatest regrets “in running the company” was being slow to uncover and act against disinformation campaigns by Russian troll farms, designed to foster division.

Democrat senator Bill Nelson told the 33-year-old that if Facebook and other social networks did not get their “act in order, none of us are going to have any privacy any more”.

“If Facebook and other online companies will not or cannot fix the privacy invasions, then we are going to have to. We, the Congress,” Nelson said.

Other senators reminded Zuckerberg of his “obligation” to ensure the story and the company he has created does not become a “privacy nightmare” for Facebook users.

During his testimony, the CEO acknowledged that Facebook should not have trusted Cambridge Analytica’s assurances that it would stop using the information it harvested. The firm was reportedly paid to influence elections across the world.

Zuckerberg said Facebook was conducting a full investigation into the tens of thousands of apps on its platform that have access to users’ information.

“If we find they’re doing anything improper, we’ll ban them from Facebook,” he said.

He also briefly denied Cambridge had been an advertiser in 2015 before consulting with staff and admitting it had been and should have been banned.

Facebook’s stock price closed up 4.5 per cent after tumbling in the weeks prior as the scandal unfolded.