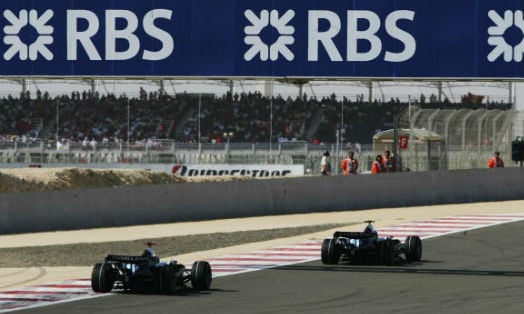 Companies who help to bankroll Formula One motor racing are limiting their involvement in the Bahrain Grand Prix this month, saving some of their marketing dollars for less politically sensitive races.

The grand prix was cancelled in 2011 following a bloody crackdown on a pro-democracy uprising, but sponsors were left squirming last year when the sport’s rulers ignored calls by campaigners in Bahrain and abroad for teams not to race, while police and youths staged nightly clashes with teargas and petrol bombs.

The race on April 21 will again draw attention to the human rights situation in the Gulf island kingdom. Taking a pragmatic approach, many sponsors will make the Abu Dhabi Grand Prix in November the focus for their Formula One promotional activities in the Middle East this year.

“Abu Dhabi has taken a lot away from Bahrain. Notwithstanding the trouble in Bahrain, the Abu Dhabi race is more interesting for sponsors,” said Jim Wright, a sponsorship consultant who worked in the sport for 18 years.

Bahrain was the first Middle East country to host a grand prix in 2004, but Abu Dhabi joined the calendar in 2009 with the Yas Marina circuit, lavish even by Formula One standards.

“The timing at the end of the year is also an advantage for Abu Dhabi,” added Wright. “Now, it’s starting to be spring (in Europe), and sponsors have an opportunity to take people to races in Barcelona and Monte Carlo next month,” he added.

Bahrain has been hit by unrest since pro-democracy demonstrations in early 2011, inspired by the broader regional “Arab Spring” protests that to date have forced rulers from power in Tunisia, Egypt, Libya and Yemen.

Critics say staging the race hands a propaganda boost to Bahrain’s rulers, though last year’s, despite dressing itself in the slogan “UniF1ed”, was seen as a public relations setback for the government, with television images of the unrest and heavy police presence broadcast around the world.

Thomson Reuters, a partner of the Williams Formula One team, said it would not have any branding at the race in Bahrain. The company gave no further details.

Another two brands will be missing from the McLaren team at the Sakhir desert circuit in Bahrain, though both the companies involved say this is for operational reasons.

Diageo says its Johnnie Walker whisky brand will not be on display because of local cultural sensitivities about alcohol.

“In common with other Grands Prix in Muslim countries and elsewhere, for the Bahrain race we had always planned to respect local customs and laws and not to activate Johnnie Walker branding on the cars or drivers,” a Diageo spokeswoman said.

Vodafone, which also sponsors the McLaren team, said logos of its Middle East partner Zain would feature on the team’s cars and driver uniforms in Bahrain rather than its own brand.

This was a commercial decision rather than a political one, said Vodafone, which is ending its sponsorship of the team at the end of the season.

Formula One, built into a hugely successful business by Briton Bernie Ecclestone over the past four decades, makes most of its money from fees paid by venues to host races and from television rights.

Bahrain pays an estimated $40 million annually to be part of the 19-race calendar, making it a valuable fixture for the sport. Ecclestone said last week he had no concerns about the race this year after Bahrain’s opposition and government resumed reconciliation talks in February.

The CEO of the Bahrain International Circuit also struck a bullish note after a race held against a backdrop of half-empty stands last year.

“This is a big thing for Bahrain, and at the same time it puts the Kingdom of Bahrain on the map of the world,” he added.

The race itself is sponsored by Gulf Air, Bahrain’s national carrier, which is part of the portfolio of its sovereign wealth fund Mumtalakat. The fund also owns a stake in the McLaren team.

Corporate guests attending Formula One races get a chance to rub shoulders with drivers like world champion Sebastian Vettel and Lewis Hamilton in the paddock area behind the pit lane, enjoying gourmet food and the best seats in the house.

That comes at a price. Weekend hospitality packages for Bahrain are available online for more than 2,800 pounds ($4,300)($4,300), including free ear plugs. There have been few takers, according to industry sources in Britain.

Caution seems to be the unspoken word among sponsors, normally keen to talk up their involvement with the sport.

Oil company Shell, a sponsor of the famous Italian Ferrari team, said its involvement in Bahrain would be the same as last year, sending only three technical analysts to provide support on fuel and lubricants.

Swiss bank UBS, a global sponsor of Formula One, will not host any clients in Bahrain, focusing its hospitality in the region on the race in Abu Dhabi.