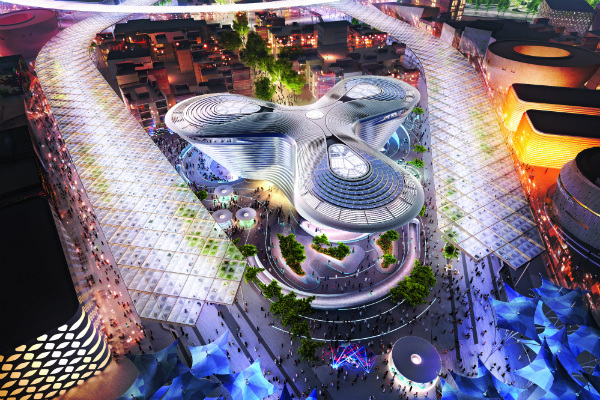 On October 20 this month it will be two years until Dubai officially opens what is expected to be the largest event ever seen in the Arab world.

Since securing the 2020 World Expo, Dubai has promised a spectacle that will contribute to the UAE’s national vision, boost its international reputation, stimulate economic, cultural and scientific growth on a local and global level and leave a lasting and sustainable legacy.

No small task, but there have been plenty of encouraging indications since the successful bid in November 2013.

In recent months alone we have seen signs of the promised scale of international participation with Sweden confirming its attendance at the end of August and Germany unveiling its $58.6m ‘Campus Germany’ pavilion design in September.

They join more than 170 nations that have committed to the event ranging from Italy and the UK, to Tunisia, Kazakhstan, Chile and Nigeria.

Another aim of Expo 2020 is to continue a legacy for innovation and technology. Ever since the first World Expo took place in London in 1851, each edition has been used as a venue to showcase the latest inventions including the lawnmower, washing machine, hydraulic elevator, reinforced concrete and even the television.

Continuing this trend, the site was confirmed in July as the first major commercial customer in the Middle East, Africa and South Asia to access 5G mobile internet services via local telecoms company Etisalat.

The network will provide internet speeds up to 20 times faster than 4G with lower latency, allowing users to stream 4K video and undertake other intensive tasks as they visit. When Expo 2020 opens on October 20, 2020 the network will support an expected 300,000 visitors on peak days.

“Our relationship with partners is not a transactional one; we really are working closely to deliver an absolutely exceptional World Expo with a meaningful legacy,” says senior vice president of commercial at Expo 2020 Dubai, Gillian Hamburger.

“By working with some of the world’s most innovative companies, we will ensure that Expo 2020 is a truly global event that captures the sense of wonder, excitement and fun that characterised history’s greatest World Expos.”

Construction too is well underway. In July, the organisers of the mega-event confirmed that they are preparing to award contracts related to parks and other works across the 4.38 square kilometre site.

“Major construction is on course to be completed by October 2019, leaving plenty of time for testing and preparation ahead of the grand opening,” explains senior vice president of real estate and delivery, Ahmed Al Khatib.

“The majority of Expo 2020-built construction contracts have already been awarded. Precast production and installation activities are now taking place, and façade, MEP and public realm works are also underway.”

Work is in the advanced stage at the districts, foundations are complete and buildings continue to rise from the ground, while external cladding on the three theme pavilions has begun and will be completed by year-end. 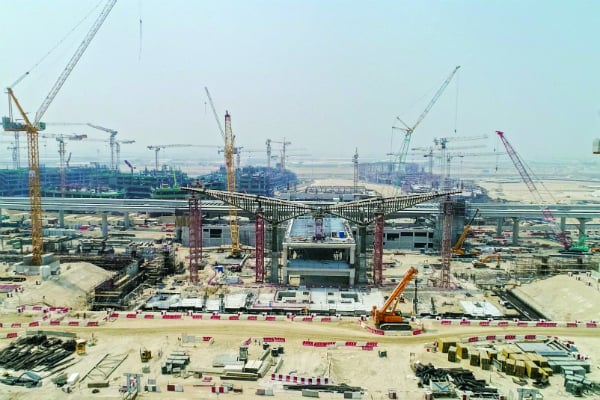 In addition, all major design elements have now been finished, after the unveiling of the Al Wasl Plaza, but Al Khatib says the organisers will wait “for the right opportunity” to award certain contracts, especially those that contribute to the final look and feel of the site.

Outside of physical infrastructure, another important aspect of the event’s success will be community involvement.

Expo Live’s University Innovation Programme launched its second cycle last month, giving student teams the chance to win Dhs25,000-50,000 and showcase their projects at the event. Some 19 teams from the 280 applicants were awarded grants in the first cycle.

This initiative adds to a $100m impact grant programme that has awarded funding to 70 entries to date will open for applications in its fourth cycle this month.

Another significant announcement in September was the inauguration of the House of Volunteers, a permanent event hub designed to inspire and engage the more than 30,000 volunteers needed for the expo.

The facility, located at the Expo 2020 site, is intended to allow those interested in volunteering for the event the opportunity to network and engage in training for roles across more than 30 categories.

“Volunteers will be the face of Expo 2020 Dubai, introducing millions of people to the immersive experiences, exciting events and engaging discussions that will take place on our site every day,” says SVP of legacy development and impact, Marjan Faraidooni.

“Meanwhile, the Expo School Programme is working to place UAE youth at the centre of our activities. The team has already reached nearly 40,000 students from 620 schools in all seven emirates, and hopes to reach many more young people on the journey to 2020.”

Elsewhere, the event’s merchandising and branding programme continues providing opportunities for small and medium enterprises, which have been awarded 56 per cent of the 3,891 contracts handed out on the official eSourcing portal to date.

At the end of August, the organisers launched a competition for fashion designers to create sustainable uniforms for volunteers and staff at the event, with the winning designs to be announced in the fourth quarter of 2018.

“We also aim to have on sale some 5,000 types of licensed products, with local companies playing a leading role. Official merchandise will be sold across more than 5,000 square metres of retail space at the Expo site, as well as by authorised outlets around the UAE and online,” says Faraidooni.

These and other initiatives are sure to make the first World Expo to be held in the Middle East, Africa and South Asia (MEASA) region one to remember for the 25 million visitors expected over its six-month duration.

And while they disclose few details, the organisers promise something special is planned this month to mark the ‘two years to go’ milestone on Saturday, October 20 at 8:20pm – or 20:20. Stay tuned.