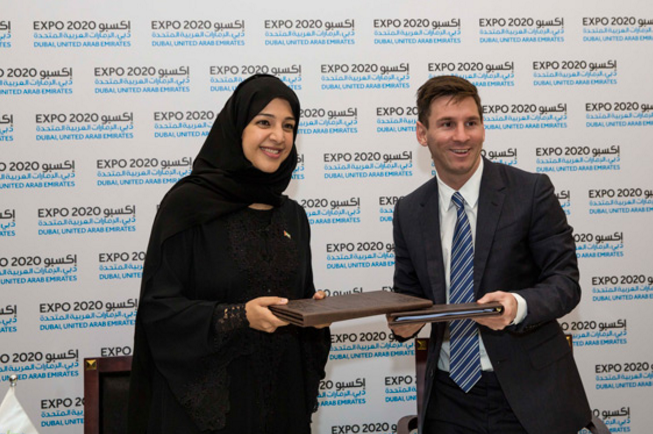 Lionel Messi has been announced as the first global ambassador for Dubai’s World Expo, taking on an international role as a champion for Expo 2020 Dubai.

The announcement was made following the Barcelona star’s fifth Ballon d’Or win on Monday night.

Director general of Expo 2020 Reem Al Hashimy said: “Expos are all about focusing attention on issues of global interest and global concern to help imagine a better future.

“What better way to do this than by recruiting allies among people who are already working towards better future outcomes?”

Messi is one of the most widely known footballers in the world, playing for Barcelona and Argentina.

Boasting more than 80 million followers on social media, he is considered one of the most influential players in modern football.

Expo 2020 global ambassadors will be recruited from leading figures in sports, arts, music, culture and media, as well as international thought leaders in the fields of architecture and design, science and technology, business, economics, education, philanthropy and sustainability.

Ambassadors will travel the world, talking to stakeholders to explore connections between their work and that of Expo 2020, along with potential opportunities for collaboration and engagement.

The organisers of Expo 2020 Dubai will be making further ambassadorial appointments over the coming months.