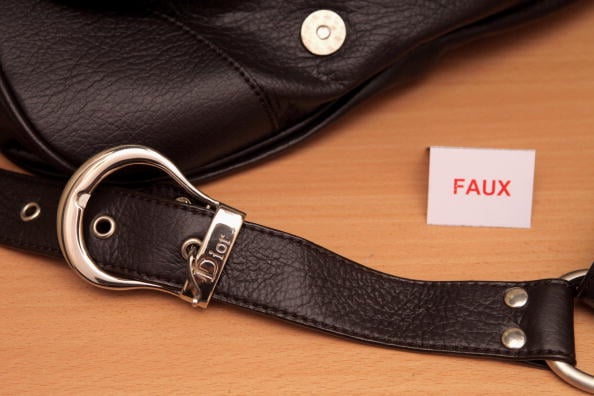 Intellectual property (IP) laws in the UAE should be amended to include tougher measures and higher fines, said a legal expert.

Speaking to Gulf Business, Nayiri Boghossian, a legal partner at Eversheds, said that while the UAE has enough legal measures to safeguard intellectual property, IP laws require much tougher enforcements.

“Courts should impose higher fines and grant compensation to rights-owners if we want to have a truly effective system in place,” said Boghossian.

“Well drafted laws without enforcement or the enforcement of toothless laws that do not have a real legal or monetary determent are not business, consumer or innovation friendly. Having said that, there’s still room for improvement in terms of sanctions.”

With Dubai’s successful Expo 2020 bid, experts are calling on the authorities for better legal measures to protect businesses from counterfeit goods, which could affect the credibility of local manufacturers.

Around 11 million counterfeit items were found in the emirate between January and September this year, up from 5.5 million for the whole of last year, according to Dubai Department of Economic Development.

Officials have revealed that goods worth Dhs200 million were seized from raids carried out by Dubai Customs over the past five years.

The UAE is also a thriving export market for fake goods, usually exported from other parts of the world and often shipped to many countries. According to statistics published by the European Commission (EC), the UAE was the third largest source of counterfeit goods with the country accounting for 8.37 per cent of the confiscated goods to the EU.

Intellectual property protection has been gaining momentum in the country as it prepares to host Expo 2020.

Federal Law 4 of 1979 on the Suppression of Fraud, Federal Law 18 of 1993, the Commercial Transactions Law, Federal Law 24 of 2006 and the Consumer Protection Law are all legal safeguards against commercial fraud, according to Boghossian.

A new law combating commercial fraud is also currently under review of UAE’s Federal National Council and is rumoured to come into effect soon.

“The draft law is aimed largely at protecting UAE consumers from replicas and counterfeits and substantially increases the penalties for offenders when compared to older laws,” said Boghossian.

“For example, the crime of fraud in animal and human food is punished by Dhs10,000 under the Suppression of Fraud Law (Article 2); however, the punishment under the draft law is imprisonment for a period of up to two years and by a fine of no less than Dhs 250,000 and no more than Dhs1,000,000 or by either penalties (Article 16).”

“Creating awareness among the business community on strengthening the concept of IP protection and dissemination practices in the widest scope are considered to be a pre-requisite to assure fair business and also to maintain the safety of citizens,” said Hani Al Hamli, secretary general of Dubai Economic Council.

“IP rights are deemed as one of the most important issues in today’s business. These issues no longer remain restricted to the legal and regulatory dimensions, but have extended beyond those dimensions to include economic, social, political and security dimensions”.

Though IP protection and stricter enforcement are essential for economic growth, Boghossian said that it does not absolve businesses of their obligation to proactively protect their own rights.

“Generally laws do not protect those who neglect protecting their own rights,” she said.

“The more work done ahead of time with adequate drafting for contracts, licensing agreements and registrations of the intellectual property, the less likely new concepts and innovations would be threatened in the future.”